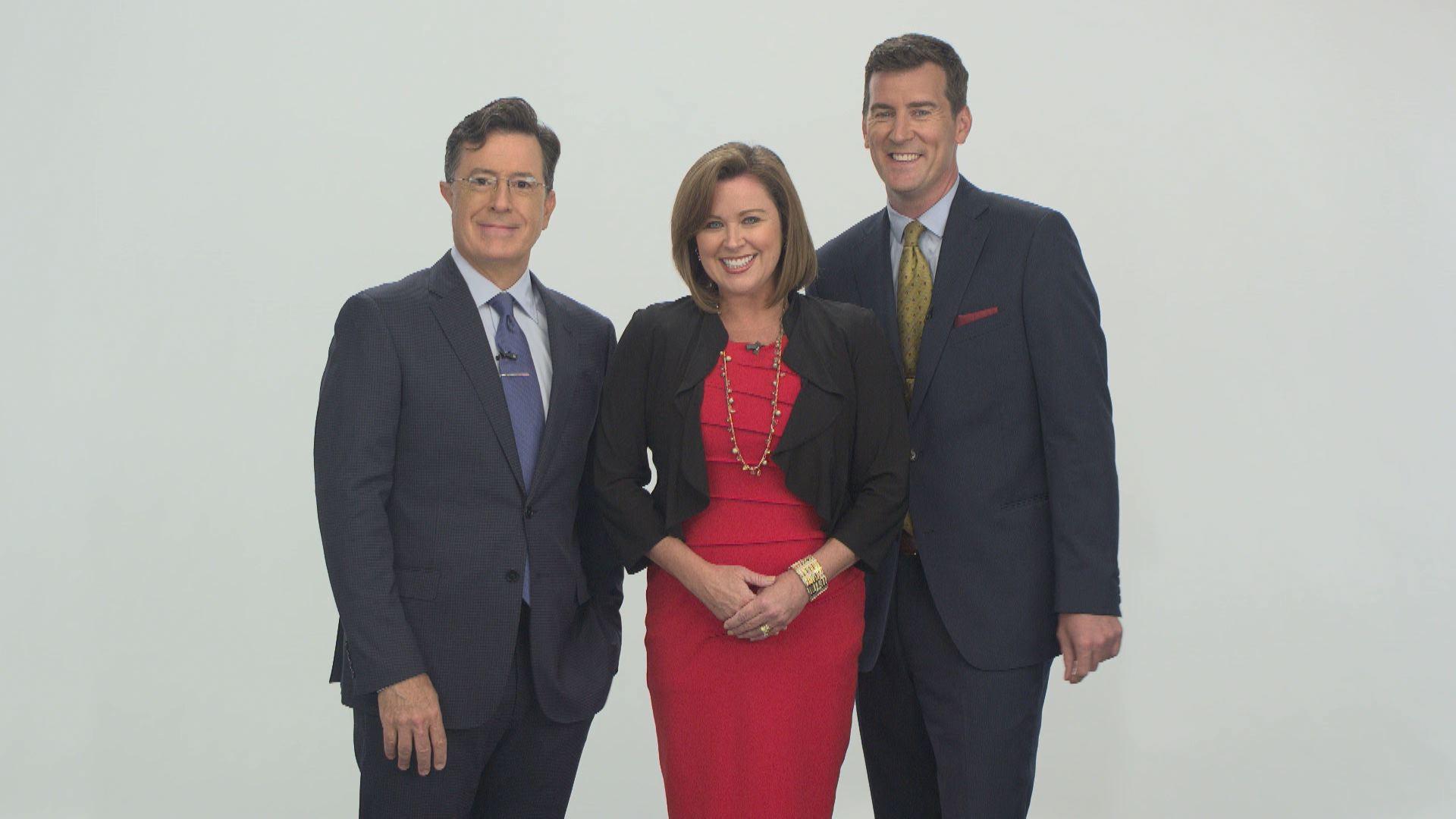 Regular CBS 58 viewers have probably seen the commercials with Stephen Colbert ahead of the debut of his new Late Show September 8th.

As part of the marketing campaign, Colbert organized a meet and greet with several late night news teams from various cities.

Bill Walsh and I were excited for the opportunity to represent CBS 58 and Milwaukee.

He spent about ten minutes chatting about his plans for the show and any other topics that the anchors wanted to ask him about.

Be sure to keep an eye out for Bill's interview.  It will be airing in the coming weeks. I can't give anything away, but  Colbert was both funny and heartfelt depending on the question. The conversation covered a wide range of topics.

Bill held his own as well. The two were very entertaining together.

It was also great that Mr. Colbert remembered the city of Milwaukee from some of his past performances here.

My encounter with him was brief. The three of us shot a series of commercials together. So stay tuned for that.

Because of my height, they placed me on a box. During a portion of the shoot I lost my footing and started falling off.

I would have made it all the way to the ground, head first, if it had not been for Mr. Colbert firmly grabbing my arm and keeping me upright.

I just kind of laughed it off and we continued.

Colbert was Colbert and Bill and I  had a good time watching him and reacting.

Of course there were some lines to be read. I had been rehearsing them the night before and practicing different expressions.

After the first take the crew said they got it and we moved on to the next thing.

I suspect they were trying to boost my confidence after almost falling down in front of one of the network's biggest stars.

This kind of media availability, as it is called, is quite typical in the industry. It's necessary to promote the product.

Since I've shared that I got the chance to meet him, many have asked me what is he really like.

Did I meet the real Stephen Colbert?

Funny thing is, I really liked the one I met.

The Late Show with Stephen Colbert begins September 8th right after the CBS 58 News at 10.