Stepbrothers accused of killing deer from a Fulton deer farm 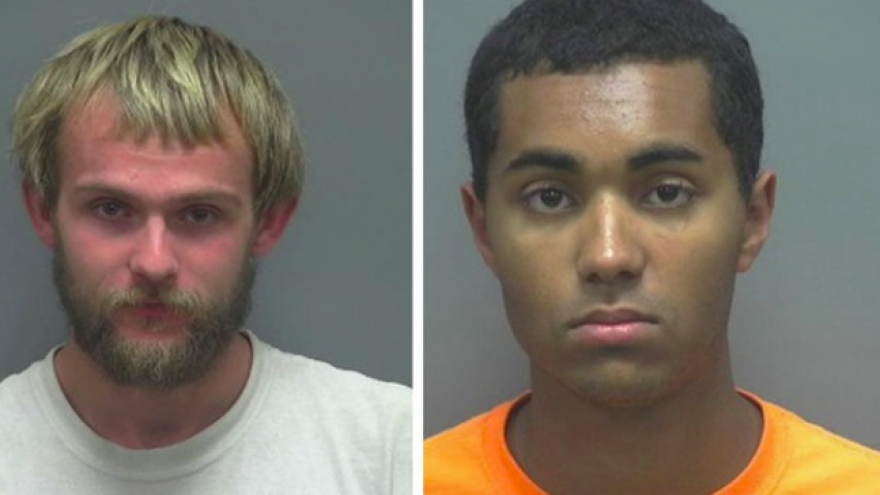 FULTON, Wis. (WISC) - A deer from a from a Fulton deer farm appears to have been shot and killed with an arrow.

Daniel Deegan reported to the Town of Fulton Police that one of his deer was missing from his deer farm Monday. The deer was an adult buck and was last seen alive in the pen last Thursday, according to a release from the Rock County Sheriff's Office.

On Friday, a picture of a buck — killed locally by a bow hunter — began circulating on social media. When Deegan saw the photo, he identified the buck as his missing deer, according to police.

The person in the photo with the buck was identified as Darrick Edward Matthew Riggs, from Whitewater. Riggs registered this deer kill in Jefferson County, police say.

Riggs admitted to a Rock County Sheriff's Office deputy and detective to killing the deer and taking it home. He told the officers he had thrown the meat away because he believed it was spoiled, but he kept the horns, according to the report.

The horns were turned over to the Sheriff's Office and placed into evidence. Riggs told investigators that his stepbrother, Christopher Dostal Riggs-Boss, assisted in the killing and removal of the deer, the report said.

Darrick Riggs entered a building on the property, where he cut the cables of the surveillance cameras, police say.

Both men were booked at Rock County Jail and released with a court date of Oct. 30 at the Rock County Courthouse, police say.