Statewide Tornado Drills Can Save Lives 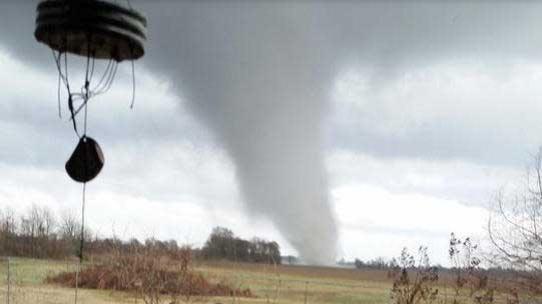 Severe Weather Awareness Week in Wisconsin is in two weeks, but it's never to early to have a plan when it comes to tornadoes, in particular.  The experts tell you knowing what to do when seconds count can save lives.

Through February of this year, tornadoes have killed nine people across the country.  In 2015, 36 people died in the violent storms.

The experts say one of the best ways to stay on top of severe weather is through proper awareness of the changeable weather conditions.  A weather radio can help advise and alert you.  Also, various weather apps, including the free CBS58 one, can do the job as well.  You cell phones themselves have the ability to warn you when weather watches or warnings are issued.

The National Weather Service out of Sullivan came up with some interesting stats when it comes to tornadoes. Wisconsin averages 23 tornadoes per year, with most tornadoes occurring in the 3 to 9 P.M. time-frame. The busiest spin-up hour is 6 to 7 P.M. The peak tornado season in Wisconsin is May through August, with June having the greatest number of tornadoes. A record-setting 62 tornadoes occurred in 2005, followed by 46 in 2010. In 2008, Wisconsin had 38 tornadoes, including one EF3 tornado in western Kenosha County on January 7th. The "average" Wisconsin tornado has a 7 to 8 minute duration, a path length of about 4 to 5 miles, and a damage width of about 120 yards.

Another hazard of the warm-season is powerful, straight-line thunderstorm winds that can peak at 75 to 150 mph. Every year Wisconsin will get a few storms that generate hurricane-force winds of at least 75 to 100 mph. Severe Thunderstorm Warnings are issued for these wind events, rather than Tornado Warnings. The bottom line is - if you don’t feel safe, head for a sturdy shelter, go the lowest level of the building, and get away from windows and exterior walls.

Other warm-season hazards include large hail stones that can result in damage in the millions of dollars, localized flash floods or widespread river and lowland flooding, lightning, and excessive heat. In fact, excessive heat is the biggest weather-killer in Wisconsin over the long haul!

On April 14, Wisconsin will have its statewide tornado drill in the afternoon, starting at 1pm.  Don't be surprised to hear sirens go off during this hour.  And new this year, they're repeating the drill in the early evening.  Much more information to follow.  And remember to stay with CBS58 all severe season long.