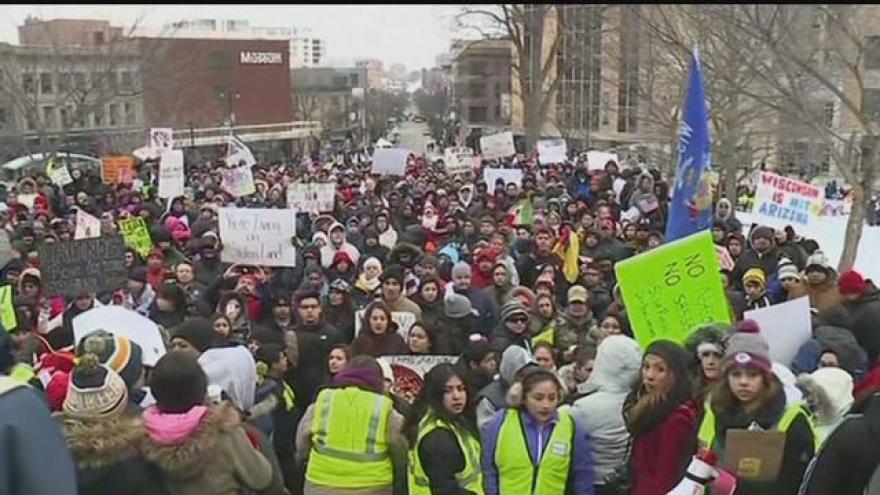 The ruling from the State Supreme Court says Sheriff Clarke does not have to release immigration detainer forms.

The Milwaukee based immigration rights group, “Voces de la Frontera,” are reacting to the setback in its legal fight against the sheriff launched in 2015.

“If Clarke deputies pull another over for a broken taillight and hold her for deportation the public has no right to know. Her children have no right to know,” says Christine Neumann-Ortiz.

Voces says it is exploring other legal options and is hoping to encourage people to join them in a general strike on May 1st.