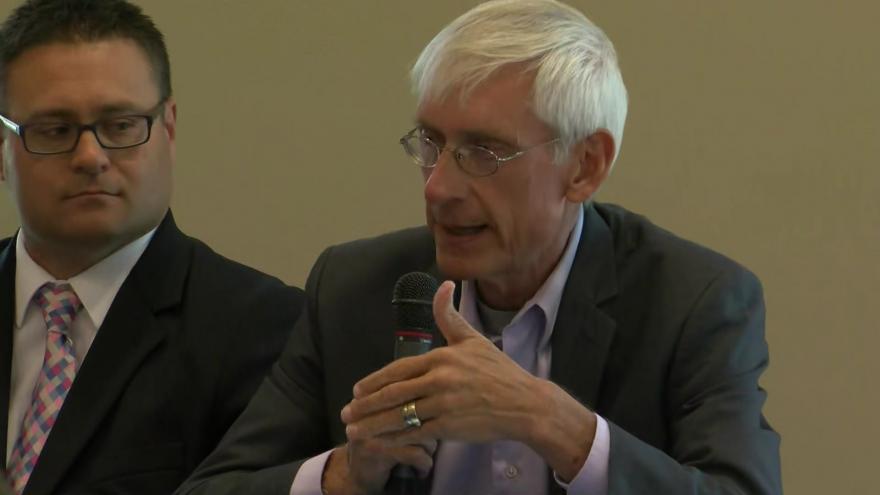 MADISON, Wis. (AP) — State schools chief Tony Evers is officially entering the race for Wisconsin governor on Wednesday, the only candidate in a likely crowded Democratic primary who has won a statewide election.

Evers planned an event in the Madison suburb of Fitchburg, six weeks after he filed paperwork to explore a bid. Evers is the most prominent Democrat among more than a dozen who have officially entered the race or indicated they may do so.

Republican Gov. Scott Walker is expected to announce he's seeking a third term later this summer. He and Evers, whose position as state superintendent is officially nonpartisan, have had a complicated relationship.

Evers was first elected as state superintendent in 2009 and was re-elected to a third term this April with 70 percent of the vote. He was an outspoken critic of Walker when, in 2011, the newly elected governor pushed through a law that effectively ended collective bargaining for teachers and other public employees.

Evers was among the more than 900,000 people who signed a petition to recall Walker from office, a vote the governor survived in 2012. Signing the petition could help Evers among partisan Democrats who are more likely to vote in a primary and who often use a candidate's position on the Walker recall as a litmus test.

But Evers has less experience than Walker talking about the many other issues outside of education that will come up during a gubernatorial race.

Evers, 65, served eight years as deputy state superintendent prior to winning the superintendent post in 2009. He was born and raised in Plymouth and worked across the state as a teacher, principal, school district and regional education administrator prior to joining the state Department of Public Instruction.

Evers and his campaign spokeswoman did not return calls seeking comment Monday in advance of his official campaign launch.

The Wisconsin Republican Party branded Evers as a "Madison bureaucrat" and launched an online ad campaign saying he "left children in danger" and didn't do enough as state superintendent to remove teachers charged with "immoral conduct" from the classroom.

"Saying we're not trying to keep the interest of kids in mind — the cornerstone of all decisions we make — is beyond hyperbolic," said Tom McCarthy, spokesman for the Department of Public Instruction that Evers leads.

Wachs campaign manager Jake Hajdu welcomed Evers into the race, but said Wachs is the only Democrat with "strong progressive credentials, a track record of fighting for the middle class" and the background needed to win a general election against Walker.

Wachs is a trial attorney from Eau Claire who was first elected to the state Assembly in 2012.