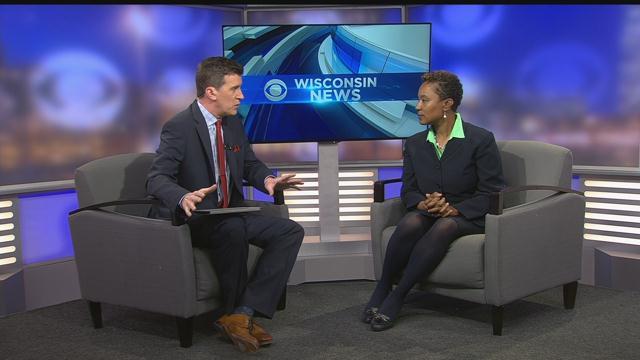 Taylor joined us live on the CBS 58 News at Four to talk about the need for action.

Senate Bill 803 would prohibit solitary confinement for juveniles. "Solitary confinement has been shown to not be effective and more importantly we should be concerned when we are doing it to juveniles, especially when it is based on staffing levels," Sen. Taylor said.

Taylor is also calling for money to stop overcrowding at the Milwaukee County Juvenile Detention Center, which she says is a direct result of the investigation into allegations of mistreatment at the state's Lincoln Hills facility. "I can't give a specific on how much (funding) we are speaking about... there are some specific issues that are inhumane that we need to address," Sen. Taylor said.

Read the full release from Sen. Taylor's office below--

In a letter dated today, Senator Taylor urged Governor Walker to call a special session of the Legislature to take up Senate Bills 803 and 804. The first would eliminate the use of punitive solitary confinement for juveniles. The second would transfer the Division of Juvenile Corrections from the Department of Corrections to the Department of Children and Families.

“Just like adults, when kids make mistakes, they need to pay their debt to society too,” Taylor wrote in her letter to Walker. “However, we must remember that at the end of the day, they are kids. Their brains haven’t fully developed… Maybe if we treated them a little more like troubled teens and a little less like hardened criminals, we would get better results.”

Additionally, Taylor called for emergency funding to alleviate the overcrowding at the Milwaukee County Juvenile Detention Center. The overcrowding is a direct result of Wisconsin’s failure to properly care for the kids at the state’s juvenile facility, which has caused Milwaukee County judges to sentence more kids to the county facility rather than the state facility. Kids are being forced to sleep on the floor and employees are being forced to work long hours.

“We don’t need our own Lincoln Hills scandal at home in Milwaukee,” said Taylor. “Our state’s failure to address this problem caused this overcrowding and it’s time Governor Walker stepped up with some emergency funds to solve this problem before it becomes another scandal.”

Taylor is a former chair of the Senate Judiciary Committee and a current member of the same committee. She and Senator Fred Risser issued a letter to the committee calling for a public hearing into the Lincoln Hills scandal on December 16, 2015. She has organized multiple trips to Lincoln Hills to show the kids and workers support during this crisis and his been in communication with local Milwaukee County officials about the juvenile corrections crisis as well.