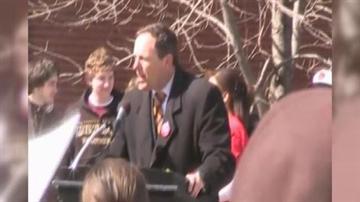 Another candidate for Wisconsin Attorney General just announced he's throwing his hat in the race.

State Repreentative Jon Richards has filed the apppropriate paperwork and will be a candidate for the Wisconsin Attorney General in teh 2014 election.

Richards grew up in Waukesha and is a graduate of Lawrence University in Appleton and the University of Wisconsin Law School.

As of right now, one other person is running for that seat.