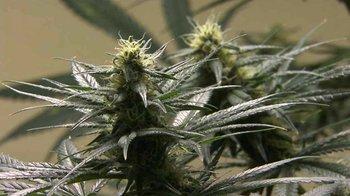 Monday is 4-20 - April 20 - a day marijuana lovers across the world celebrate. That's exactly why State Representative Mandela Barnes says it's the perfect day to introduce his legislation. It would de-criminalize marijuana in smaller amounts - meaning 25 grams or less.

The bill would not legalize the drug, but take away the felony charge currently associated with it. People caught with it could still be fined. Those fines would be determined at a local level. Representative Barnes says he's introducing this because it can lessen the burden on state prisons . He says African-Americans are arrested five times more often than whites for marijuana possession. He says getting hit with felony charge for marijuana can set someone back for a long time - and in some cases lead to even more problems like violence.

Barnes hopes to gather support from other legislators in Madison. He says he knows it will be hard to get the bill passed through a republican controlled legislature, but he's willing to try.