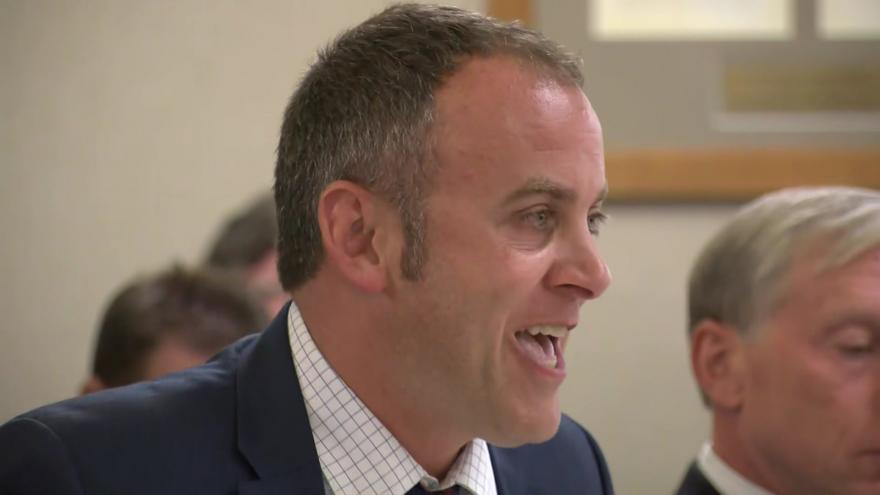 MADISON, Wis. (AP) — State Rep. Gordon Hintz was elected Tuesday as Democratic leader in the state Assembly, running unopposed to take over midway through the session.

Hintz, of Oshkosh, urged Democrats to avoid in-fighting and unite in order to counter Gov. Scott Walker and Republicans who control state government. Republicans control the Assembly 64-35, their largest majority since 1957.

"We only have 35 members and unless all 35 of us are on the same page, we will not be an effective voice for Democrats across Wisconsin," Hintz told Assembly Democrats after his election.

Hintz, 43, replaces Rep. Peter Barca, of Kenosha, on Oct. 1. Barca is a former congressman and had been minority leader since 2011. Barca announced two weeks ago he would step down at the end of the month after Democrats upset with his leadership — and vote in favor of a $3 billion Foxconn Technology Group incentive package — forced his resignation.

Hintz, who was first elected in 2006, brings some baggage to the job. In February 2011, he was cited by Appleton police for sexual misconduct at a massage parlor for violating a city ordinance prohibiting touching or offering to touch sexual parts. Two weeks later, Hintz shouted "You're (expletive) dead!" to Republican Rep. Michelle Litjens at the end of 61 hours of debate on the Act 10 collective bargaining law.

Hintz referenced the incidents after he was elected leader.

"I was an unhappy person, made a bad choice in my life, and engaged in destructive behavior," Hintz said, adding that he never stopped doing his job and he won re-election three times since. In the past four years he has gotten married, purchased a home and become a father.

"I've worked hard to live my life since then with intent and purpose," he said. "While I can't change the mistakes of my past, I can continue to learn from them going forward."

Wisconsin Republican Party spokesman Alec Zimmerman zeroed in on Hintz's past in reacting to his election, accusing Hintz of having a "personal war on women."

"Wisconsin families can't trust that Gordon Hintz even respects them, let alone that he'll fight for them," Zimmerman said.

Hintz takes over after the biggest work of the session — passing the $76 billion state budget — is done. Lawmakers are expected to be in session only a few days later this fall, and briefly early next year, before focusing on re-election in 2018.

All 99 seats of the Assembly will be up and one of Hintz's main jobs will be recruiting candidates and fundraising.