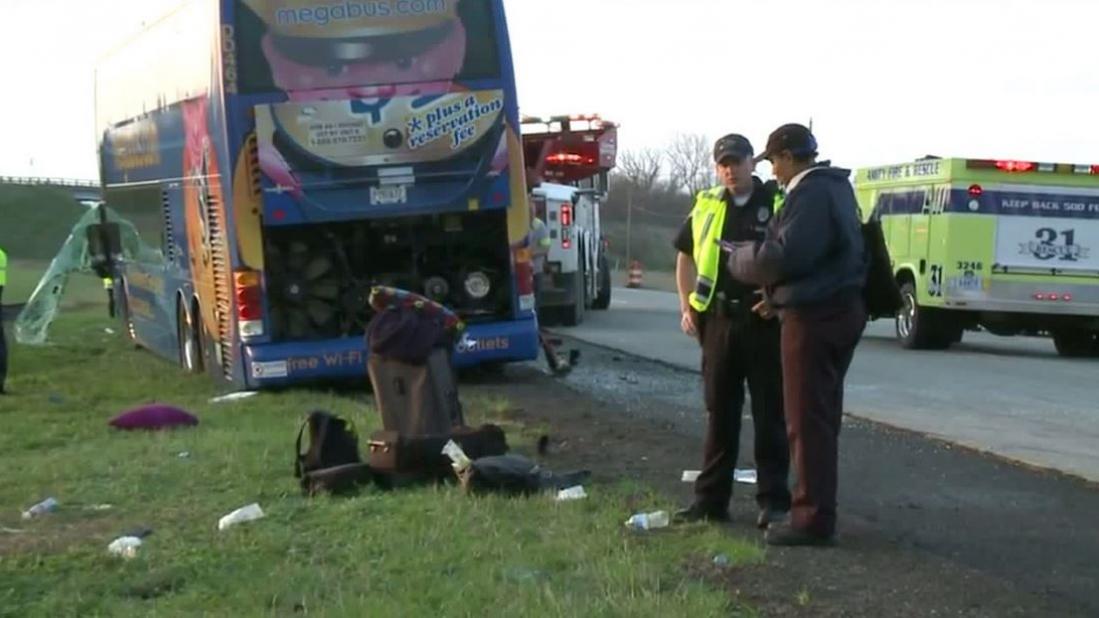 It happened on I-65 southbound near Edinburgh at the 83 mile marker. The Clifford Volunteer Fire Department described it as a \"very serious accident.\" Multiple ambulances were called to the scene. The crash happened around 5:30 a.m. State police said 10 people were injured, although none of the injuries appeared to be life threatening.

The backup on I-65 stretched several miles, and drivers on I-65 were advised to take a detour on U.S. 31. The bus originated from Chicago and traveled through Indianapolis. The route would normally make stops in Louisville, Nashville and Atlanta. IndyGo buses have been called to pick up the remaining passengers.

Megabus released the following statement about the crash:

\"Megabus can confirm that one of our vehicles traveling from Chicago, IL to Atlanta, GA was involved in an incident on the I-65 near Edinburgh, IN, at approximately 6.00 am today (Monday, April 13, 2015).\"

\"Safety is our number one priority and Megabus is fully cooperating with the authorities with their investigation into the incident.\"

The crash marks the fourth Megabus crash in Indiana since October, when several people were injured after a bus crashed near Greenwood. On Dec. 20, one of the company's buses tipped over near Seymour while on its way to Louisville. Ten days later, a Megabus was involved in a crash near Hammond.