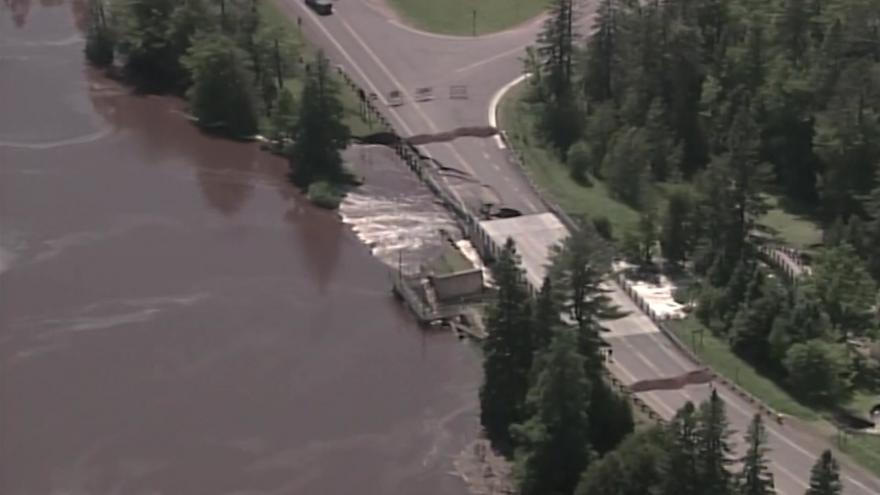 The governor toured the flood-damaged areas and declared states of emergencies for Ashland, Bayfield, Burnett, Douglas, and Iron Counties.

There’s so much water, a dam on the Tamarack River about an hour south of Superior broke Monday night.

The Governor says people’s safety and getting roads back open are the biggest priorities.

“The Wisconsin Department of Transportation is going to work with local highway commissioners and public works departments, with county, town, and municipal leadership to make sure we get roads moving and where appropriate, we can put in place detours that make it very easy for people to get to tourist attractions throughout the area, because we know this is going into a peak period,” Gov. Walker said.

The Governor is hopeful major roadways will be back open by the weekend.

The flooding has caused at least two deaths.