MADISON Wis (CBS 58) -- State health officials are planning to open up vaccine appointments to the general public before May 1st.

For weeks, health officials projected May 1st to be the timeline for the general public to become eligible for the vaccine, but Deputy Secretary Julie Willems Van Dijk said she anticipates that date to be earlier.

“Very soon will be making an announcement that it will be sooner than May 1st,” said Willems Van Dijk. “We don’t want people waiting, if there are shots to be given, we want them to be getting into arms.”

The announcement comes as the state reported more than 1 million Wisconsinites are fully vaccinated, or 17.2% of the state’s population.

With additional doses being shipped to the state each week and more options for people to get the vaccine, health officials said they’ll be ready for the entire population “soon.”

“We are continuing to evaluate supply, which is thankfully increasing each week,” said Willems Van Dijk.

The timeline is constantly being evaluated based on vaccine shipments and how quickly the state is vaccinating those currently eligible, said Willem Van Dijk.

All neighboring states, Illinois, Indiana, Iowa, Michigan and Minnesota, announced they will remove eligibility requirements to get a vaccine before May. 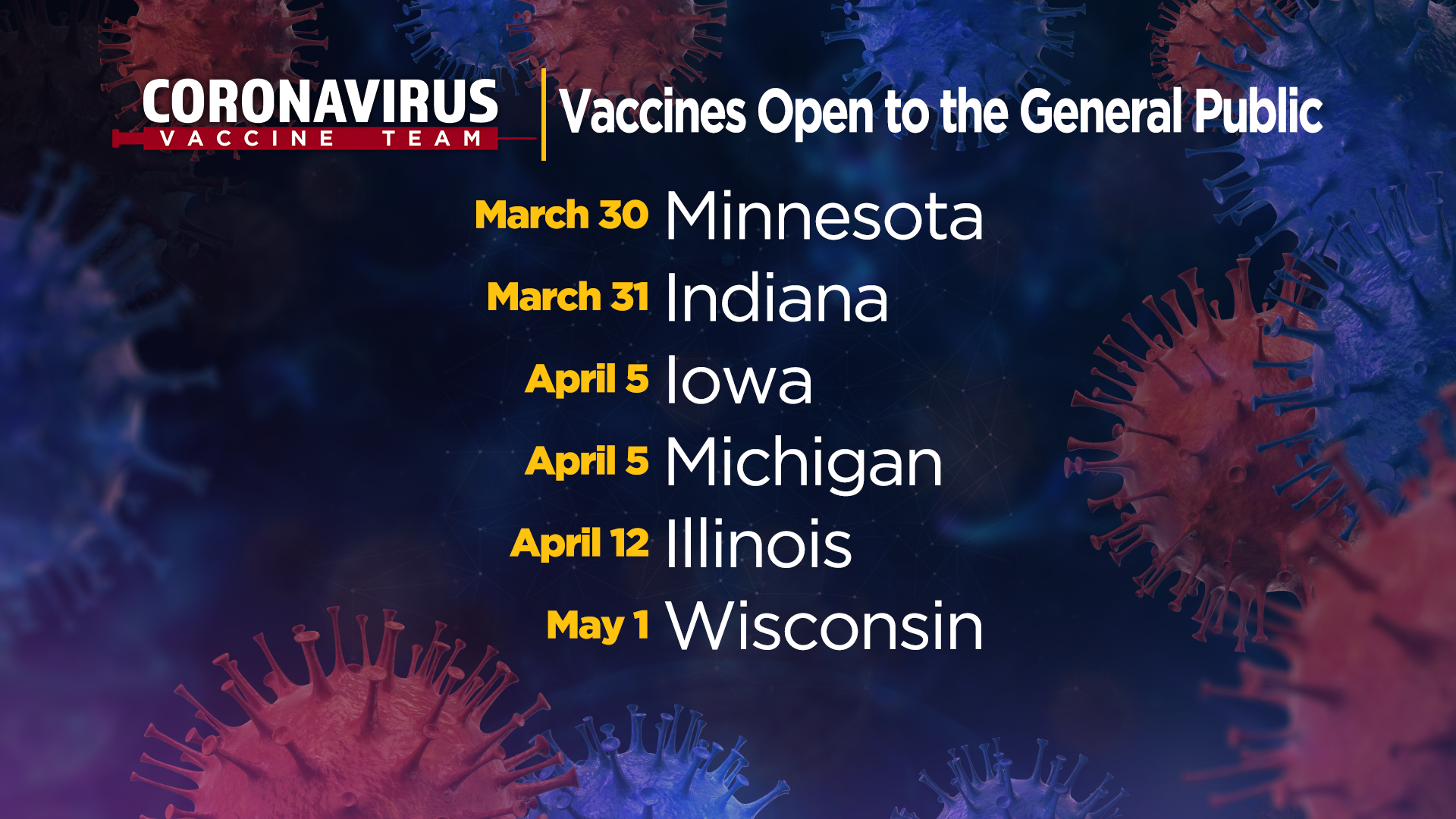 Gov. Tony Evers touted vaccination efforts in the state despite lagging behind other Midwestern states in plans to lift vaccine requirements as Wisconsin continues to rank top in the nation in doses administered.

“We feel very confident in our current situation, we lead the nation in a number of important metrics as it relates to vaccinations,” said Evers.

Assembly Speaker Robin Vos (R-Rochester) also praised the Evers administration in their efforts to speed up vaccines and hopes the general public will have their chance in the near future.

“If someone wants to get a vaccine and they are 25 years old and healthy, I think we should be able to relatively quickly say let’s use this vaccine so we can get to herd immunity as quickly as possible,” Vos said.