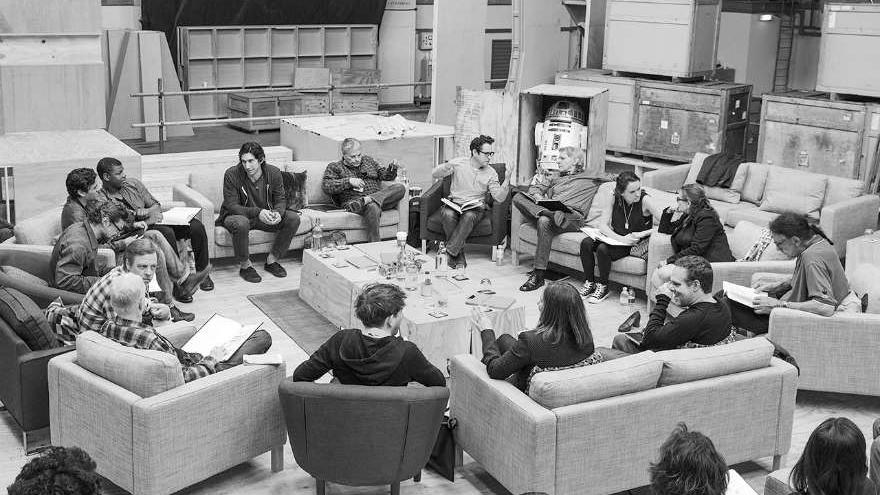 (CNN) -- Star Wars fans had several reasons to celebrate this weekend after Walt Disney and Lucasfilm unveiled the latest plans for the epic franchise.

Several announcements came out of Disney's D23 Expo, resulting in many happy disturbances in the force.

Here are some highlights from the extravaganza.

Production won't begin for a few years, but Trevorrow is heading to Lucasfilm this year to start working with artists and fellow \"Star Wars\" directors.

\"This is not a job or an assignment. It is a seat at a campfire, surrounded by an extraordinary group of storytellers, filmmakers, artists and craftspeople,\" Trevorrow said. \"We've been charged with telling new stories for a younger generation because they deserve what we all had -- a mythology to call their own. We will do this by channeling something George Lucas instilled in all of us: boundless creativity, pure invention and hope.\"

Cast and crew of 'Rogue One' announced

We already knew that \"Godzilla\" director Gareth Edwards was slated to direct \"Rogue One,\" the first film in the new \"Star Wars\" stories, scheduled for December 2016 release.

This weekend, Lucasfilm revealed the first glimpse of the full cast in costume. A collective squee echoed through the \"Star Wars\" universe over the first image of Felicity Jones, Diego Luna, Ben Mendelsohn, Donnie Yen, Jiang Wen, Forest Whitaker, Mads Mikkelsen and Alan Tudyk suited up as the team of resistance fighters who have united to steal plans to the dreaded Death Star.

Some might say the cast announcements were overshadowed by news of two massive \"Star Wars\" expansions planned at Disneyland and Walt Disney World resorts.

As part of a \"Star Wars\"-themed year at Disney parks in 2016, Walt Disney announced that new \"Star Wars\" lands will be incorporated into the Disneyland park in Anaheim, California, and Walt Disney World's Hollywood Studios in Orlando.

At 14 acres each, the expansions will be Disney's largest ever, CEO Bob Iger said.