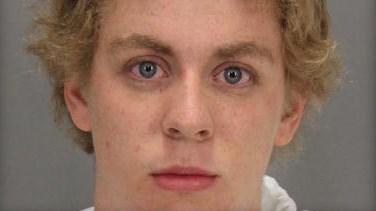 (CBSNEWS) A northern California judge faces outrage over the sentence he handed down in a sexual assault case at Stanford University. Brock Turner was given six months in jail for the assault of a woman outside a fraternity party.

At his sentencing on three felony counts of sexual assault, Turner could have gone to prison for 14 years, reports CBS News correspondent John Blackstone. But he was sentenced to just six months, which means he is likely to spend only three months in the county jail.

Turner is a former Stanford University swimming star. His 23-year-old victim, who is not a Stanford student, remains anonymous, but her letter to the judge describing the emotional impact of sexual assault is finding a wide audience.

"You took away my worth, my privacy, my energy, my time, my safety, my intimacy, my confidence, my own voice, until today. ... I don't want my body anymore. I was terrified of it," she wrote.

She admits to drinking too much at fraternity party and blacking out. She was discovered nearly naked on the ground behind a dumpster.

The attack was stopped by two grad students who happened to ride by on bicycles.

"She was unconscious. The entire time. I checked her and she didn't move at all," Carl-Fredrik Arndt said.

Arndt and his friend later told authorities that they saw Turner on top of the victim "aggressively thrusting his hips into her."

"The guy stood up then we saw she wasn't moving still. So we called him out on it. And the guy ran away, my friend Peter chased after him," Arndt said.

The victim wrote: "His attorney constantly reminded the jury, the only one we can believe is Brock, because she doesn't remember. That helplessness was traumatizing."

"It was kind of a punch to the gut," said Alaleh Kianerci, prosecutor in the case. "I cried. I felt like I didn't do my part in representing her interests in the case because of the slap-on-the-wrist sentence that the defendant got."

Last week, Turner was sentenced to six months in jail and must register as a life-long sex offender. In an online petition, thousands are calling for Judge Aaron Persky to be removed from the bench after what they consider to be a light sentence.

Turner's father is also being criticized for a statement he read to the court: "His life will never be the one that he dreamed about and worked so hard to achieve. That is a steep price to pay for 20 minutes of action out of his 20 plus years of life."

"It's nothing, he got off easy," Jon Krakauer said.

Krakauer is the author of "Missoula: Rape and the Justice System in a College Town," a book that focuses on sexual assaults involving student athletes at the University of Montana.

Turner's attorney isn't talking. As for the judge, he said at sentencing Turner's age and lack of criminal history were factors in his decision. He also reportedly said a prison sentence would have a severe impact on Turner. He is up for re-election on Tuesday. It's uncontested.