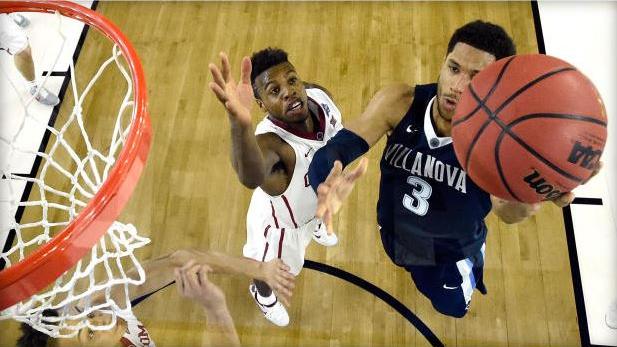 (CBSNews) HOUSTON --Villanova had a night to remember on both ends of the court.

Buddy Hield had a night to forget.

The Wildcats, setting a record for margin of victory in a NCAA Tournament Final Four semifinal, held Hield to his second-lowest output of the season in a 95-51 victory over Oklahoma on Saturday night."That was just one of those nights," Villanova coach Jay Wright said. "I feel bad for Oklahoma."

He can feel good for his Wildcats (34-5) as they advanced to Monday night's national championship game against the winner of the North Carolina-Syracuse game.

Josh Hart scored 23 points and his 10-of-12 shooting performance was part of Villanova's 71.4 percent (35 of 49) effort. Villanova missed just five shots in the second half.

The margin topped the 34-point Final Four wins by Cincinnati over Oregon State in 1962 and Michigan State over Penn in 1979.

The Wildcats now have four wins in the tournament of at least 19 points, the only close game a 5-point win over overall No. 1 seed Kansas in the Elite Eight.

Villanova dominated the Sooners (29-8) after an opening 7 minutes that had the teams trading the lead almost every possession.

The Wildcats broke it open with a 21-4 run. The stats about NRG Stadium being a horrible place to shoot went out the window along with the Sooners' chances at playing for their first title.

"I definitely think it helped," Wright said of practicing shooting in the dome. "'We're going to be good,' we keep telling them, and I think they believed that."

"I wouldn't say it's easy, but when you have guys like (teammates) you can go off any night," Hart said. "When they're aggressive, it helps me. The driving lanes, able to get a couple of shots to fall, when that happens, able to kick out and get some guys some shots."

As the Wildcats, who won it all in 1985 with the shocking upset of Georgetown, kept making shots, Hield kept missing.

The unanimous All-America selection was 3 for 8 in the first half, including 1 of 5 from beyond the arc. Hield came into the game shooting 46.5 percent from 3-point range.

"Just playing defensively as a team ... we contained him," Hart said.

Hield kept putting on and off his familiar white sleeve on his right arm. It didn't matter as the Sooners absorbed their worst loss of the season.

"Just credit them for what they were doing. Made it tough on me throwing multiple bodies at me," said Hield, who had six points against West Virginia. "They just played terrific tonight."

Hield said Villanova was: "one of the best teams I've ever played in college."

Several Wildcats get credit for the great defense against Hield.

"We were just loading into him," Mikal Bridges said. "We just tried our best to limit his touches and load to him when he had the ball."

Kris Jenkins added 18 points for Villanova and Ryan Arcidiacono had 15.

Villanova turned the tables from the teams' December meeting with a 21-4 run in the first half.

The Wildcats made one less 3-pointer in the run than they did in 32 attempts in the 78-55 loss at Pearl Harbor. Bridges, Jenkins and Arcidiacono hit the long jumpers for Villanova and Oklahoma, meanwhile, couldn't get anything going. The Sooners went 4 1/2 minutes without scoring. They committed four turnovers on their first five possessions of the drought

Hart capped the half for Villanova with a 3-pointer with 8 seconds left that made it 42-28.

"I'm happy we had one of those games, we made every shot," Wright said. "Kind of similar to our game in Hawaii against Oklahoma, they made everything, we couldn't make anything.

"We were dialed in. Played great defensively."

The teams were as close as you can possibly get in the final AP poll. Villanova was sixth and Oklahoma seventh. Both teams spent time at No. 1 this season.

Marcus Paige made three 3-pointers in the second half to help North Carolina get untracked from long range and stifle a Syracuse rally for an 83-66 victory that moved the Tar Heels one win from the program's sixth title.

The Tar Heels (33-6) were 0 for 11 from 3-point range midway through the second half, and Syracuse trimmed a 17-point deficit to seven before Paige found his range. He hit three 3s over the span of seven minutes to end Syracuse's chances.

North Carolina, the only No. 1 seed in the Final Four, will play No. 2 Villanova on Monday for the title.