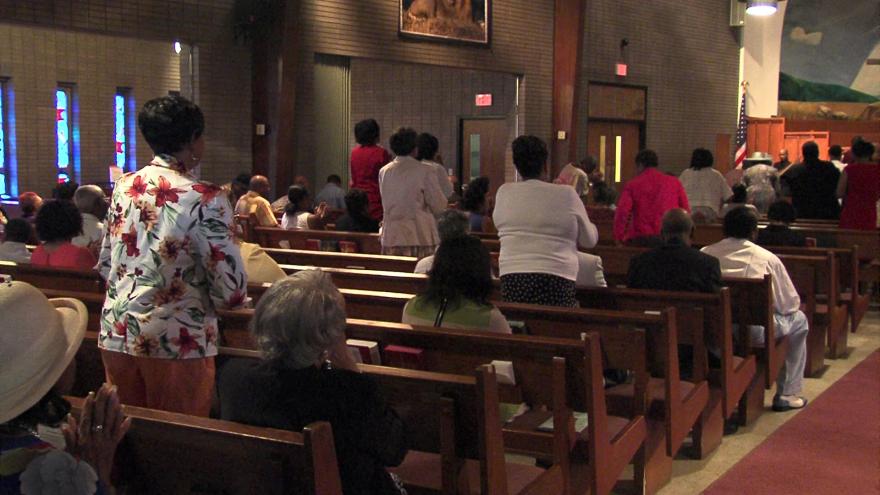 A Milwaukee congregation honored all men during Father's Day celebrations over the weekend.

St. Mark African Methodist Episcopal Church has men's day every year, and they say that it's one that was needed now more than ever.

It was a day where people at St. Mark AME Church lifted up Milwaukee's fathers and sons.

"I think this is a great day for fathers. We love our mothers because without mothers we would not have our fathers. But our fathers are definitely a backbone and strength within the family and head of the family."

A backbone that's missing in many American families. According to the US Census Bureau, 24 million children in America that 1 out of 3 live without their biological father in the home.

"With what's going on in the world today, it actually shows that if we have more fathers that are being an active part of their children's lives, I think the world would become a better place."

In the latest report from Milwaukee's Council on Children and Families, 50% of families with children only have a mother in the home. The majority of them are African American.

Haywood says men of different races, social statuses, religious and neighborhoods must come together to help all Milwaukee families build a stronger foundation.

"I understand the importance that if men do not step up, stand up, and take leadership and ownership of our community then it's going to be a difficult trek moving forward to get over some of the hurdles that we have."

In addition to men's day, the church also paid tribute to the 9 people who were shot and killed at a historically black Episcopal church in South Carolina.