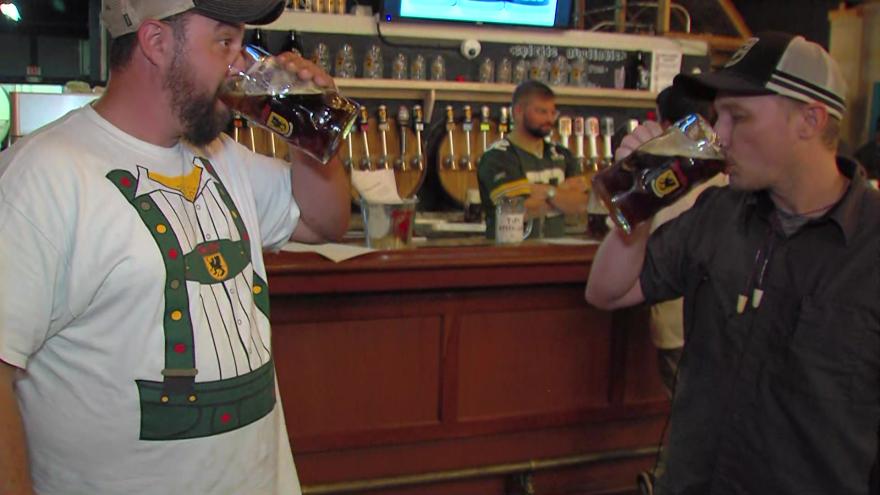 GLENDALE, Wis. (CBS 58) -- With fall right around the corner, Sprecher Brewery announced its seasonal Oktoberfest craft beer is now available in cans and on tap.

From 3-7 p.m. Thursday, Aug. 25, a tapping of Oktoberfest will take place at the Sprecher Brewery taproom, located at 701 W. Glendale Ave. The event will feature special pricing of $5 for half liters and $9 for liters, with $7 half liters and $11 liters thereafter. Attendees can also enter to win a growler of Oktoberfest.

According to a news release, cans of Oktoberfest can be found at the Glendale brewery and in the Greater Milwaukee area, including Otto’s, Discount Liquor, Sendik’s, Total Wine & More and additional stores.

This copper-orange lager features toasted and caramel malts with a slightly fruity nose, with a creamy and lean mouthfeel. Savoring its malty sweetness, mild hop spiciness and clean finish will help you appreciate fall’s splendors.