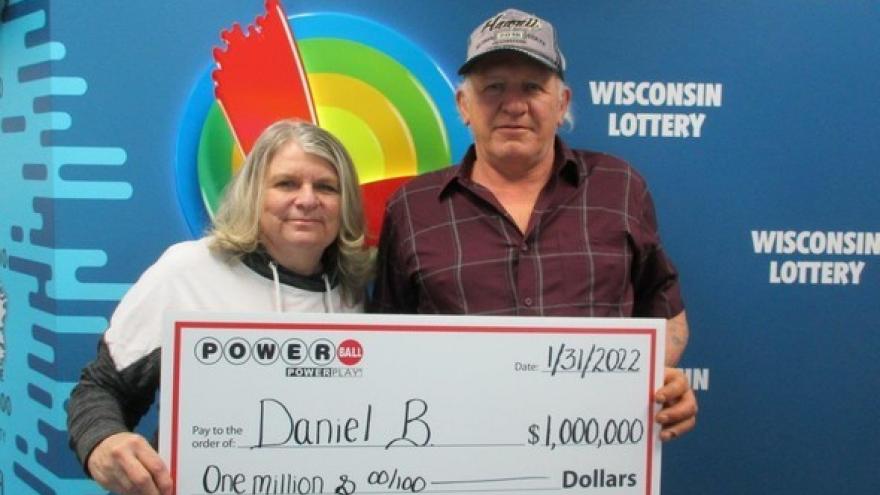 SPOONER, Wis. (CBS 58) -- Daniel Bellefeuille became the first Wisconsin million-dollar winner since August after he matched five numbers in the Powerball drawing he purchased at Spooner Marathon on Jan. 17.

"I had a dream ever since the Powerball started that I was going to win," Bellefeuille said in excitement.

According to the Wisconsin Lottery, the Spooner resident was on a routine stop to fill up his snowmobile with gas when he purchased the ticket.

Bellefeuille is a career builder and construction worker, but plans to retire and use his winnings to purchase a new, but used car, and finish a new house he has been working on.

The Wisconsin lottery enhances communities across the state by giving back 93 percent of its revenue to winners, retailers and Wisconsin homeowners.

Powerball tickets are $2 per play. The odds of winning the million-dollar prize are 1 in 11,688,054, and Bellefeuille won it with his chances slim.