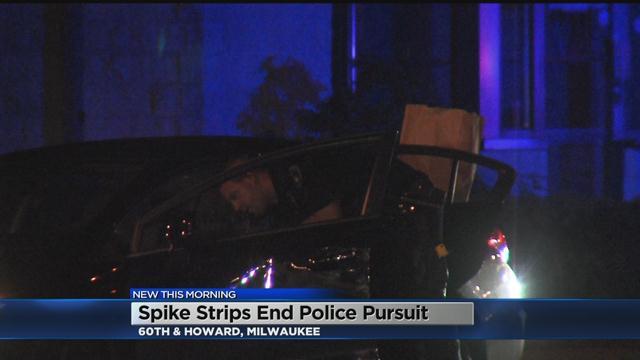 Police across several local agencies are investigating a police pursuit that ended with multiple arrests.

It started around 11:30 Monday night in Franklin.

Police pursued a black Honda Civic into Greenfield and Milwaukee. Greenfield Police managed to take out the car's tires when an officer put down spike strips near 60th and Howard. That's where the car stopped-and police say the people inside tried to run.

Several people were taken into custody.

It's unclear right now what charges they face.