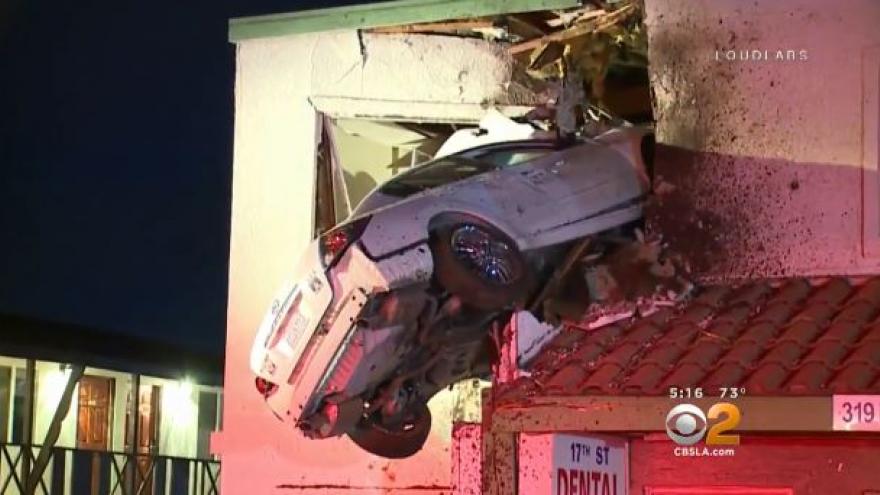 The Orange County Fire Authority (OCFA) said the driver hit a center divider, catapulting the vehicle into the air. The Santa Ana Police Department said the car was traveling at a high rate of speed when it hit the median and flew into the building, which houses a dental practice.

Upon impact, a fire broke out and was quickly extinguished. Firefighters said there were two people inside the vehicle. Both victims were safely removed from the car with minor injuries.

The driver admitted to using narcotics and was admitted to a hospital for observation, Santa Ana police said. 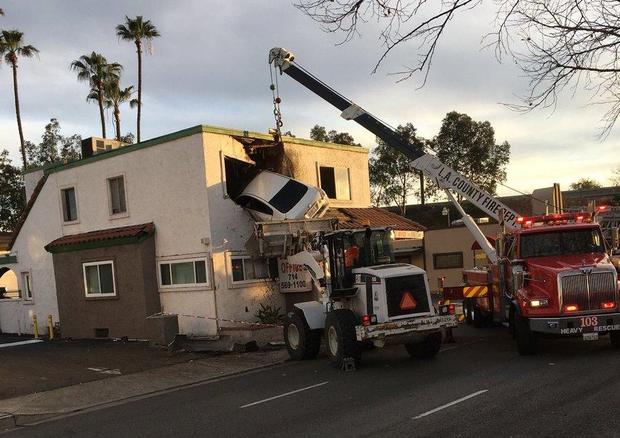 An image from the Orange County Fire Authority shows a car lodged into the second floor of a building in Orange County, California, early Sunday morning. OCFA PIO/TWITTER