Speed limit being increased to 75 mph in Michigan's UP 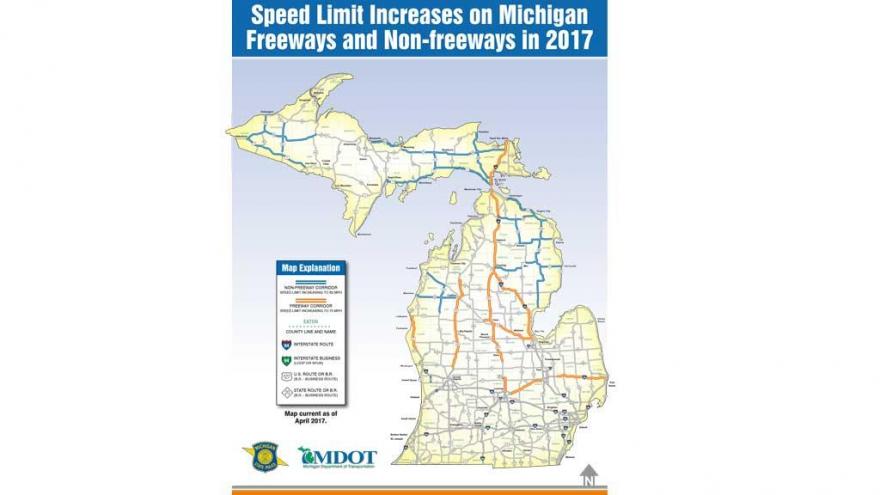 (WWJ) Speed limits are being increased on select roadways in Michigan's Upper Peninsula, according to CBS Detroit.

Speed limits are being raised on selected roadways, up to 65 miles an hour on state highways and 75 miles an hour on freeways, under a bill approved last year in Lansing. Road studies by M-DOT and Michigan State Police will determine if it’s a good fit for state thoroughfares after the higher limits take effect.

“Ensuring that all Michiganders are safe while operating vehicles on our state’s roadways is critically important, and these bills allow for appropriately increased speed limits on certain roadways after safety studies are conducted,” Gov. Rick Snyder said earlier this year.

Overall, the 75 mph speed limit will be applied to 600 miles of rural limited access freeway, and 900 miles of state trunk line highway will see speeds rise to 65 miles per hour.

- US-131 – M-57 to the end of the freeway north of Manton (Kent, Montcalm, Mecosta, Osceola, and Wexford counties)