Special Report: How long is too long for children to use hand held devices? 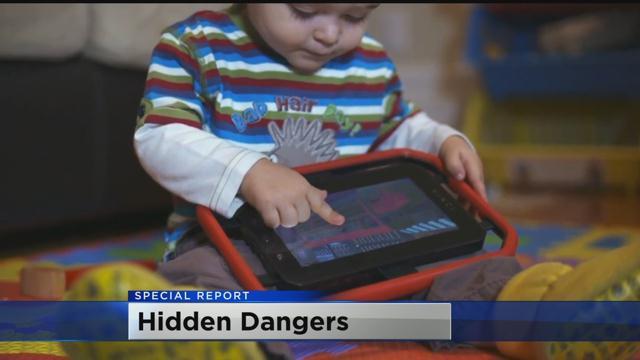 Blue light from hand held  devices could potentially be dangerous to children's development.

"There have been a number of studies that correlate blue light exposure to sleep pattern problems in kids, adolescents and even in adults,” said Tracey Strombeck, a Children’s Optometrist at Medical College of Wisconsin Eye Institute.

Blue light from led screens has been found to slow the production of melatonin the hormone that tells our brains it is time to go to bed.

Strombeck said because of this, children may not  be getting enough sleep.

And with how much we rely on our media devices, children are as active as they should be.

“There is pretty good evidence that suggests that sedentary lifestyle can be a significant impact on children’s health as far as increasing childhood obesity rates , school performance, and other things like that,” said Strombeck.

Strombeck said parents should limit your children’s time on devices to a maximum of 2 hours a day.

For those younger than 2, avoid the devices all together.

“We like to encourage people use a rule we call the 20-20-20 rule. And that's for kids and adults alike, basically it means for every 20 minutes you are on an electronic surface, you should take a 20 second break and look at something at least 20 feet away. And that allows the eye to go back to its natural distance resting state. it allows you to blink a little more often,” Strombeck said.

According to Apple's developer site, the update for IOS 9.3, may include a setting called night shift that changes the display to show less blue light if you're reading before bed.

The software is still in the testing phase.

"I think if there is anything that should be the underlying theme. it that there is a lot we don't know, but there is plenty of evidence to support that maintaining a healthy lifestyle and getting plenty of outdoor play is the best thing you can do for your kids,” said Strombeck.

If you are still concerned about eye strain from devices, there are several companies that have developed specialized glasses to protect your eyes for as low as $50.