Spate of Mosque Fires Stretches Across the Country 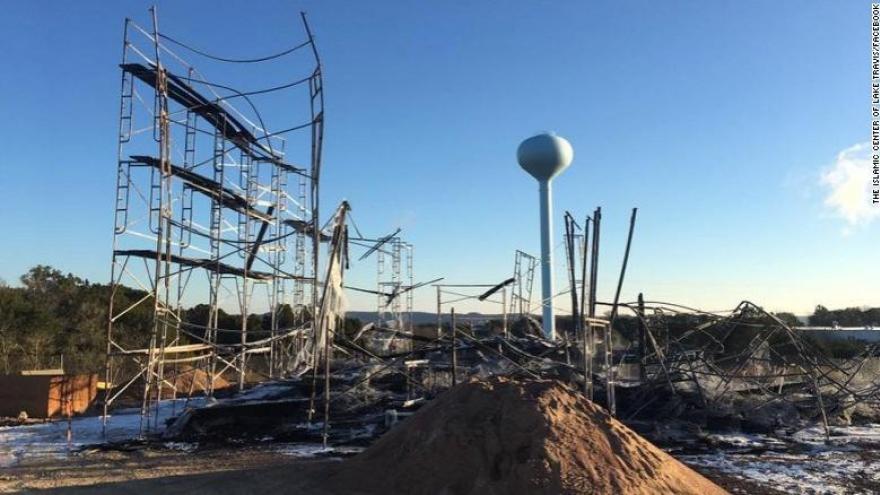 (CNN) In just the first two months of the year, at least four mosques have gone up in flames as attacks against religious minorities have surged.

Those fires follow "the worst year on record for incidents in which mosques were targets of bias," according to the Council of American-Islamic Relations.

CAIR documented 139 incidents of "damage/destruction/vandalism" at mosques last year -- the most since record-keeping began in 2009. It does not track fires separately.

The wave of hostility comes as President Donald Trump campaigned on -- then enacted -- a temporary ban on travelers from Muslim-majority countries entering the United States. He is said to be drafting a new version after the first was struck down in court.

Here's a look at the mosque fires so far this year:

The Islamic Center of Lake Travis' new mosque hadn't even been completed yet when it mysteriously caught fire.

Leaders said the center had suffered vandalism and graffiti in the past, but this fire was devastating.

"You can imagine the emotions that we experienced upon seeing all our hard work, heartfelt efforts and dedication literally go up in flames," the Islamic center posted in a statement.

The damage, estimated at $370,000, was considered a complete loss, the Travis County Fire Marshal's Office said.

A fire that torched the Islamic Center of Eastside near Seattle was an act of arson, Bellevue Police Chief Steve Mylett said.

No one was inside the mosque at the time of the blaze, which firefighters said shot 40-foot flames into the sky.

The police chief said Isaac Wayne Wilson has been charged with felony malicious mischief and was being investigated for arson. Police found the suspect lying on the ground near the back of the building, CNN affiliate KCPQ said.

The mosque is asking for donations to rebuild. In recent months, backers of the fund-raising campaign said, "This center and a neighboring Islamic center have seen numerous acts of vandalism."

The fire that destroyed the Victoria Islamic Center mosque was intentionally set, the Houston office of the Bureau of Alcohol, Firearms, Tobacco and Explosives said.

The ATF, CrimeStoppers and the mosque are offering a combined $30,000 reward for information leading to the arrest and indictment of whoever set the mosque on fire.

While members of the mosque grappled with their loss, leaders of a local Jewish congregation stepped in to help -- and gave them the keys to their synagogue so they could continue to worship.

A fire that damaged the Islamic Society of New Tampa has been ruled arson, Hillsborough County fire investigators said.

Authorities have not ruled whether the fire was a hate crime, but Tampa Mayor Bob Buckhorn said the attack "is no different than the wave of anti-Semitic attacks on Jewish community centers and synagogue and bomb threats that have been called in all across the country, including in Tampa over the recent months."