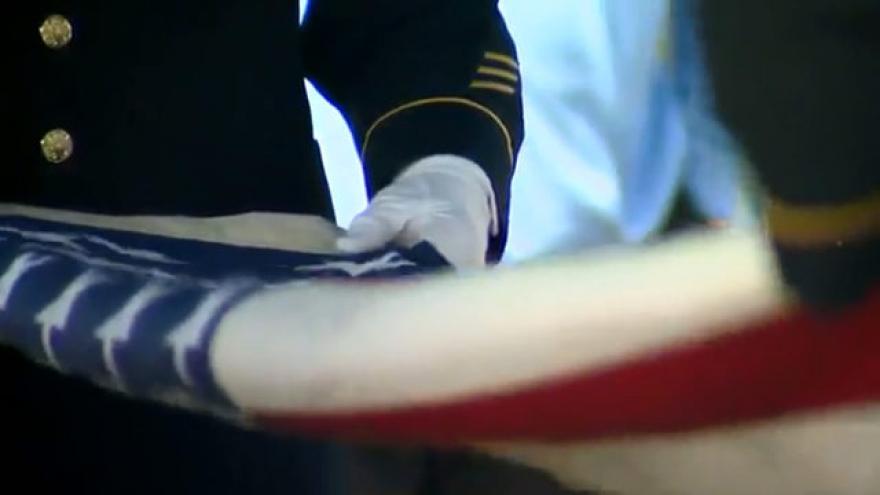 LANCASTER, Wis. (WISC) -- The remains of Army Cpl. Leonard Purkapile were buried Thursday with full military honors at Hillside Cemetery in Lancaster, 68 years after he was reported missing in action from the Korean War.

Up until February 20, 2018, when his daughter, Delores Hall, received a phone call from the U.S. Army, his family never knew what happened to him.

"My mom always thought that he got shot down, didn't know if he was alive, dead, out there somewhere alive, had amnesia," said Lisa Rauch, Purkapile's granddaughter.

Purkapile, who was from Potosi, was just 26 years old when he was killed in battle. He was engaged in combat operations against the Chinese People's Volunteer Forces near Unsan in what is now North Korea.

He was reported missing in action on Nov. 28, 1950, but by the end of the Korean War, his status was changed to deceased, according to the Defense POW/MIA Accounting Agency.

Hall was only a year old when Purkapile died, but she always wanted answers.

"She wrote letters to the Army, and she's never gotten any results. She's been doing this since I've been little," said Rauch, Hall's daughter. "She's never had a real dad."

In 1993, North Korea turned over 33 boxes containing remains believed to be U.S. servicemen killed during the Korean War.

During that time, Purkapile's family members took DNA tests to help identify his remains. It was his sister, who lives in Genoa, who was a match.

The remains were shipped from North Korea to Hawaii to southwestern Wisconsin.

Purkapile's name is recorded on the Courts of the Missing at the National Memorial Cemetery of the Pacific in Honolulu, along with others missing from that war. A rosette will be placed next to his name, indicating that he's been accounted for, according to the Defense POW/MIA Accounting Agency.