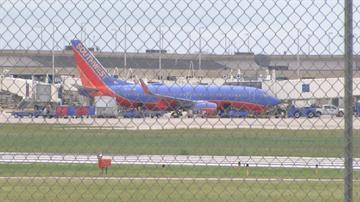 Flight 663 from Milwaukee to Orlando was carrying 127 passengers and five crew members.

A flight attendant detected an electrical odor in the cabin. The crew alerted air traffic control and with their help was able to safely land the plane.

Mechanics are evaluating the plane, which was a Boeing 737-700.