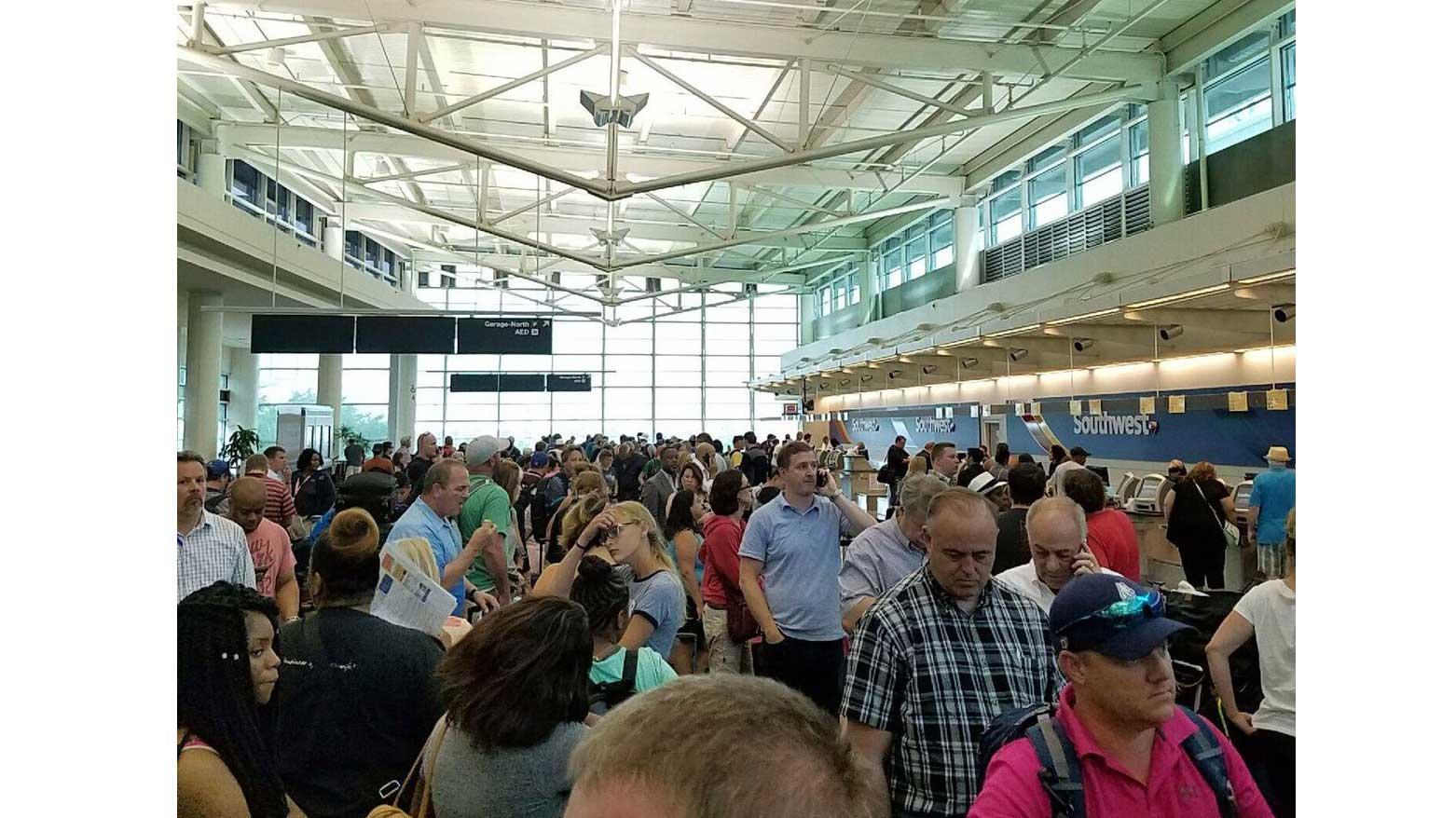 CHICAGO (CBS NEWS) Due to a widespread computer outage, Southwest Airlines is experiencing massive delays, and almost all flights out of its Chicago hub are grounded, CBS Chicago reported.

Van Cleave reported that the FAA said that the airline issued a nationwide ground stop for all departing flights. The ground stop has been lifted and flights are beginning to move again, the FAA later said. However, CBS News' Peter King in New Orleans reports that a gate agent says computers are down again and there is a still a ground stop.

CBS Chicago is being told that automated check-in and baggage systems are down and passengers are being checked in by hand on paper tickets.

"Southwest Airlines began experiencing intermittent performance issues earlier this afternoon with multiple technology systems as a result of an outage," Southwest Airlines said in a statement to CBS News. "We are now managing flight delays across our system, with a temporary ground stop in place for those flights that have not left the gate. We apologize to our Customers whose travel plans are impacted."

Southwest also said on Twitter they are aware and investigating the current issues with their systems.

A spokesman at Baltimore-Washington International Airport tells CBS News transportation correspondent Kris Van Cleave, "They are not operating anything right now," adding that Southwest only recently halted flights out of their busy east coast hub airport due to the "system-wide" computer outage.