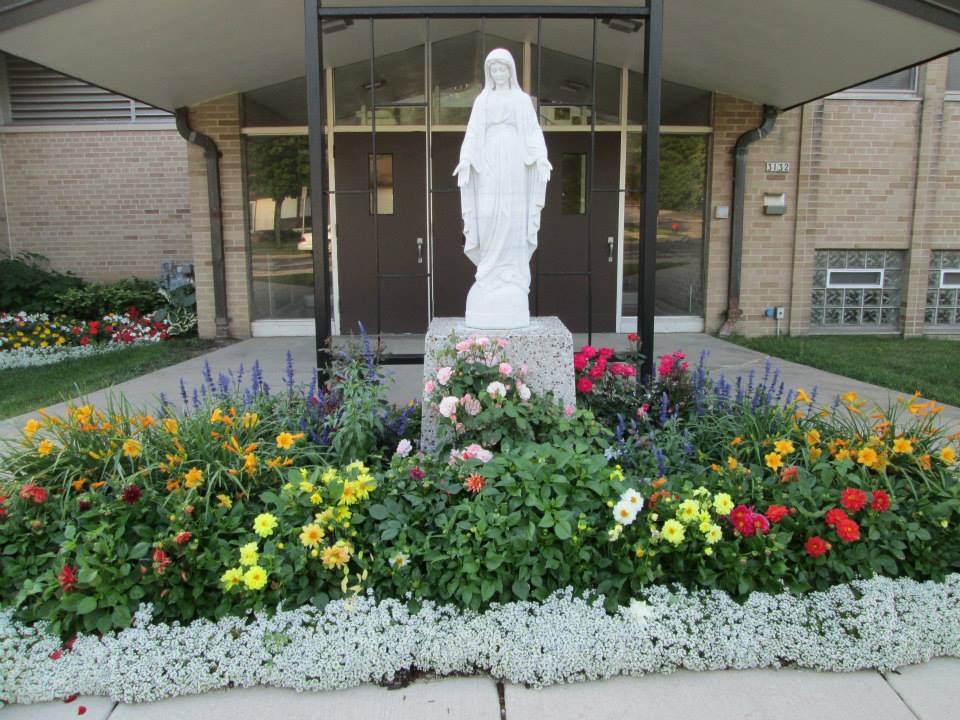 Head of Mary statue broken off and used to smash glass window of church. Bible and rosary also destroyed.

The principal at St. Gregory the Great Parish and School confirms for CBS 58 News that a Virgin Mary statue was beheaded during a break in early Thursday.

But she's not ready to say that items were targeted for religious reasons.

By the time classes started, a boarded up glass door the only sign remaining that something had happened here.


Milwaukee Police say they are looking for one person who broke in around 1:30 a.m.

They say the suspect ransacked the place and left with some stuff.

She says the suspect ransacked two offices and left several religious items smashed on the ground.

"The head of the statue was thrown into the glass door frame,"explained Schlegel. "We had our great room that had a bible that was torn up and thrown on the ground as well."

Other neighbors in the ear near 63rd and Oklahoma say that the area has turned into a "hotbed of break-ins, vandalism & carjackings."

The church has provided a surveillance image of man seen looking inside the building at the time of the burglary.