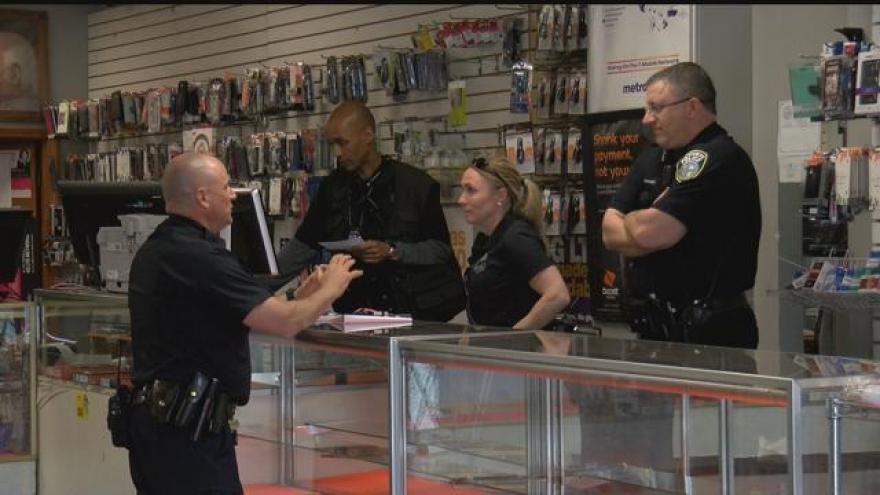 CBS 58—A string of burglaries on the south side of Milwaukee has local business owners frustrated.

The most recent break-in happened early Tuesday morning at Latin Communications, located at the corner of South Cesar Chavez Drive and West Mineral Street. The store’s surveillance camera caught the thief entering and leaving the shop.

“I found my front door is broken and this very skinny guy broke the bottom line of the door and got under the gate,” said Hamayal Jawad, who owns the store.

Jawad says the thief took cash and cell phones, and that beak-ins are a problem on the block.

“Of course it effects our business, you know?” Jawad said. “When you see a lot of accidents happen like this and we need more protection.”

In fact burglar’s hit the store next door on Friday. Alejandro Rivera, who owns Rivera's Western wear, says it was the third burglary at the store in less than a year.

Rivera says the thief took more than $8000 worth of stuff. He says he's frustrated-and wants police to do more. Jawad agrees.

“Like here on Cesar Chavez should be more police cars or more walking police,” Jawad said. “Maybe it can help.”

In the meantime Jawad says he will work with other shop owners on the block-and perhaps install more security gates and cameras. Sadly, he says he does expect this will happen again.