Some fans pointing the finger at Olivia Munn for Packers loss 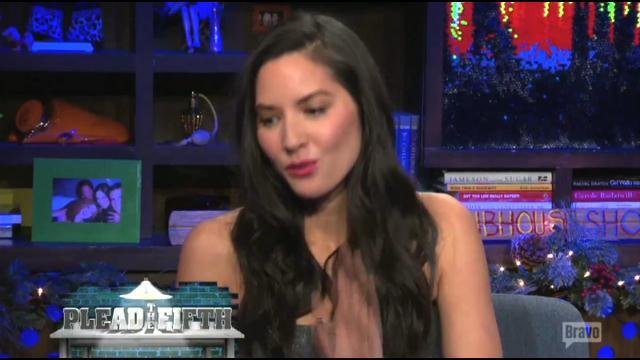 It was probably just one of those days, but a lot of Packers fans are still looking for someone to blame.

Rightly or wrongly, they're pointing the finger at Aaron Rodgers' girlfriend actress Olivia Munn and her steamy interview with bravo television just a couple of days before kickoff.

On the \"bravo\" program \"Watch What Happens Live\", Munn was asked if she and Rodgers get intimate on game days, and she said no.

However, a lot of fans are saying this unexpected reveal may have played a part in the quarterback's poor game performance against Buffalo.

But Munn responded to her critics over the weekend, tweeting:

“Did everyone think we just hugged really close? Sorry I'm not that pure. Game Day or not we DO NOT miss a day.”

\"I wasn't gonna reveal ANY secrets to his success. ;) No one needs to know everything we do before OR after the game ;)\"

Some local fans CBS 58 spoke with Monday evening say Munn is not a distraction for the Packers quarterback.

“No. I think any professional athlete should have some separation from their career, and their personal life, and I think he leaves that when he goes on the field. He plays the game without any distraction”, said Packers fan Tom Miller.

\"Aaron Rodgers is greatness. It was definitely not his best game by any means. But I think the game said more about the defense than anything else”, said Packers fan Aaron Brandhagen. “Jordy Nelson catches that ball it's a different ball game. But the defense showed up big time. Do you think anyone in particular is to blame? No. It's a team effort.”