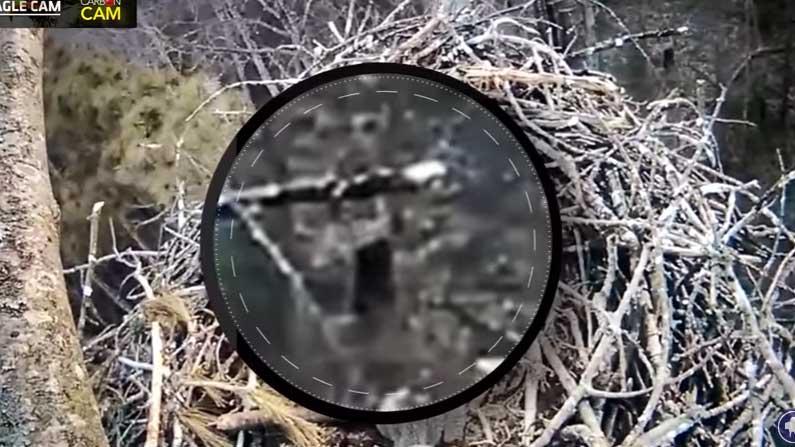 BEULAH, Mich. (AP) — Some people think they've spotted Bigfoot on a live camera trained on an eagle's nest in Michigan.

The clip from a camera mounted on a tree near a state fish hatchery shows baby eaglets in the nest while a dark figure walking on two legs moves on the ground below.

The Detroit Free Press reports (http://on.freep.com/2dvyGrO ) the clip was highlighted on the website of CarbonTV, which has partnered with the state to install the eagle cam. The company tells the Free Press the clip was captured in May.

Idaho State University Professor Jeff Meldrum, who studies the legend of the never-confirmed man-ape-like creature, tells the newspaper the video is "interesting," but "doesn't offer much by way of compelling evidence."