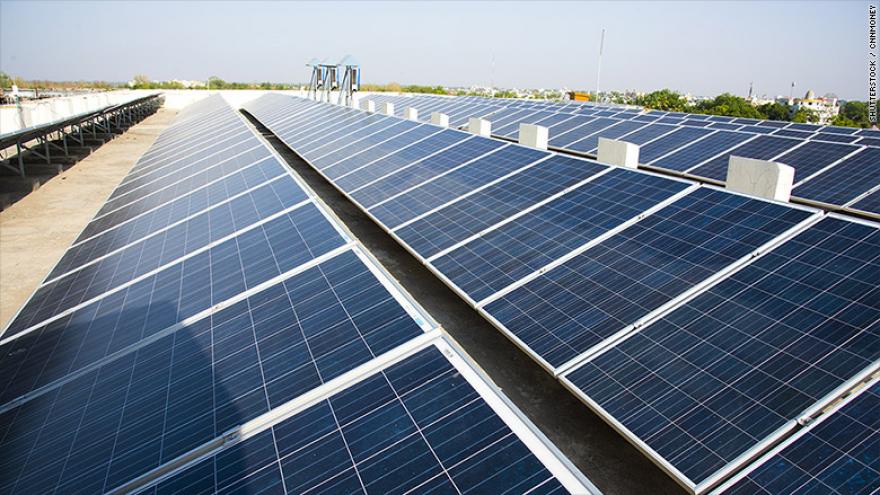 DODGEVILLE, Wis. (AP) — Residents in a rural Wisconsin county are split over a Chicago developer's plan to work with two Wisconsin utilities to build a solar farm that would include more than 1 million solar panels.

The Wisconsin State Journal reports that the Badger Hollow Solar Farm proposed by Invenergy would cover 2,700 acres in Iowa County and could power more than 70,000 homes. The project is seeking a permit from the Wisconsin Public Service Commission.

Ken Wunderlin, a southwest Wisconsin farmer, said he agreed to have part of the solar farm on his land because it's a good financial move. He believes it's also a chance to get involved in a more environmentally friendly source of energy.

"I'm a firm believer in the science on global warming," he said. "We need to be taking steps to get away from coal-fired power . this is my small opportunity to be a participant."

Renewable energy advocates have hailed it as a way for utilities to produce low-cost, clean energy within the state while providing some $1.8 million a year in rents for hard-pressed sharecroppers like Wunderlin.

But not everyone in Iowa County is welcoming the development.

Richard Jinkins, a southwest farmer who lives just east of Wunderlin's land on a 400-acre farm, said he's worried that the farm will destroy the area's scenic beauty, take up valuable farmland and cause the county's 23,687 population to drop.

Jinkins, along with two other nearby farmers, are leading the charge against the project as it goes through the permitting process with the Wisconsin Public Service Commission.

"In the best case (it's) going to make a solar panel wasteland where nobody's going to live," said Jinkins, a computer programmer who also raises cash crops. "It's not going to be the Driftless area. It's going to be the utility district of southwest Wisconsin."