Sobelman's Near Marquette is Open Again 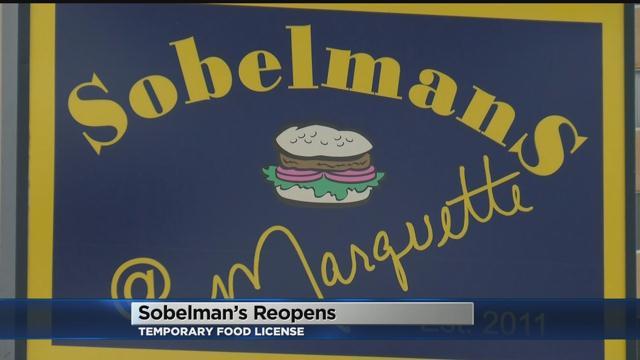 Sobelman’s is open again. It had been closed for two days after getting its license suspended. They received a temporary food permit until its next hearing with the Common Council.

The temporary food permit allows the restaurant to sell food. However, it cannot sell liquor until it gets its license back and the owner expects it to happen during his next hearing on September 20.

The owner Dave Sobelman said during the next 12 days, they will donate a dollar for every burger sold to a different charity each day.

“I think everybody is happy,” Sobelman said. “I’m happy to move forward, put this behind me.”

The restaurant’s license was suspended after the owner apparently failed to attend a city council hearing regarding an accidental shooting that happened at the entrance of his restaurant.

“We just want to be restaurant owners and run our restaurants,” Sobelman said. “I got sidetracked for a couple of days, I’m glad to be back open.”

He said the battle he had with Alderman Bob Bauman is over. He said he apologized to him and hopes to create good relationships with the common council. Bauman was the one who approved the temporary food permit.

“I want to apologize for this two days temper tantrum that I had, this fight between me and Baumann,” Sobelman said. “I have apologized to him and my wife for me being a bit unprofessional, more importantly to my staff that lost a day of work.”

“I think it’s good. I live near, it’s always been an option to come and eat here but I’m pretty happy that they are open again,” Gaucin said.