Snow has come to an end. Other than a stray flurry we should be dry. 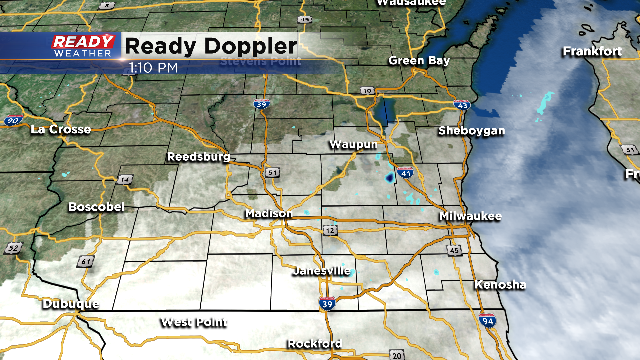 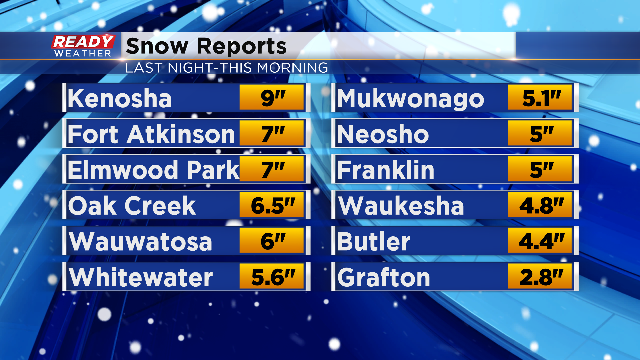 As expected, highest totals were found down to the south. So far, the highest report appears to be just south of Red Arrow Park in Kenosha. A trained spotter reported 9" of snowfall there, as of 9am this morning.

Now our attention turns to the chance for some weekend snow. Both weekend "mornings" have the chance for snow. Best chance should stay across a line from Milwaukee to Lake Geneva and points east. That could provide a half inch of snow. The Sunday event could be widespread with an inch or so of snowfall possible.

We still have some lake energized snow that continues to drift far across the viewing area. 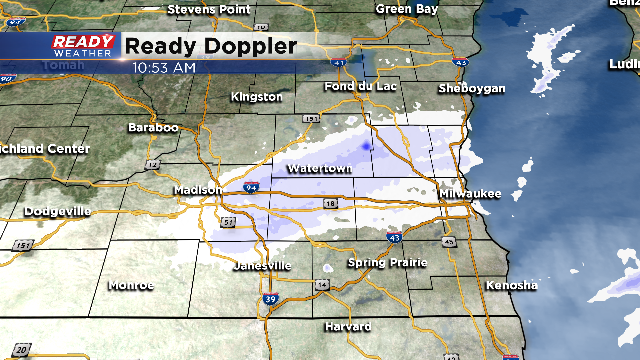 As it sweeps around this area of low pressure, which has now passed by, it will continue the chance for scattered snow showers early this afternoon. Up to 1" of snow possible in these areas the rest of the morning.

Many roads are still snow covered and slippery. Give yourself extra time to reach your destinations this afternoon if you have to venture out. And also don't forget about the kiddos! Lots of kids are enjoying a snow day and will likely be out frolicking in the fresh powder.  Temps are in the teens to low twenties today with chills mostly staying in the single-digits. Make sure they're bundled up! Be on the look our for them and pedestrians as roads and sidewalks are still snow covered or at least slushy in spots. It's equally as difficult for travelers by foot today.

Snow totals are starting to come in and they are on the high side to the south. Kenosha takes the prize so far for most snow with 9" there. As of 6 a.m. the snow total in Milwaukee at the airport was 4.5". Parts of Ozaukee County have only picked up a few inches. 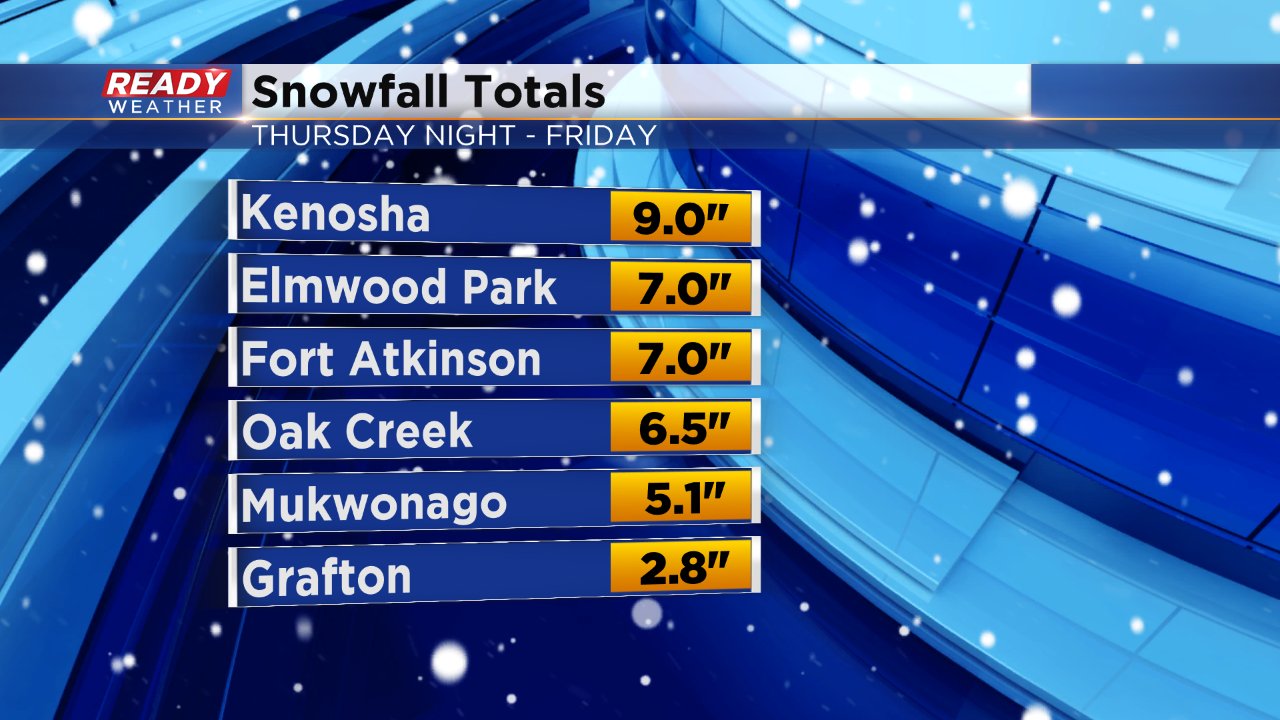 830AM Update: Snow is slowly ending for some sections of the viewing area.  From Milwaukee and north, snow continues to fall with the heaviest snow in parts of Ozaukee, Washington, Dodge, Fond du Lac, and Sheboygan.  Totals will exceed 6" in a number of spots.  Lake effect snow is being picked up by our computer models along the lake with an inch or two possible. 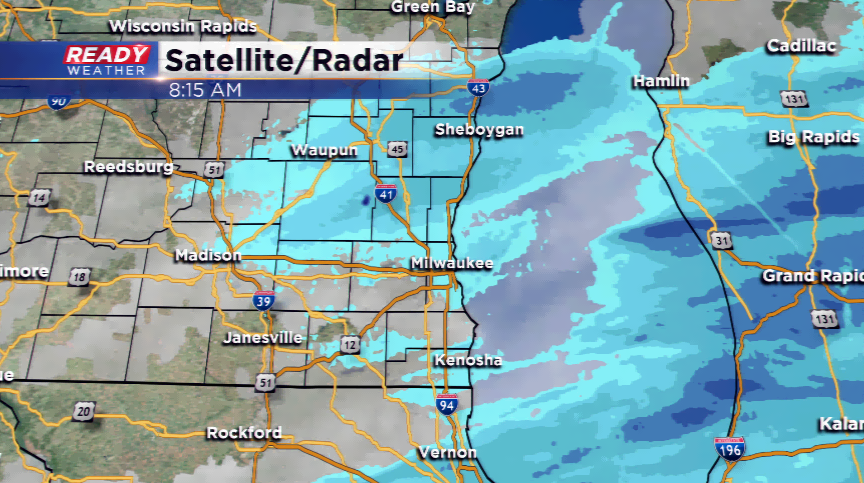 540 AM Update: Heavy snowfall continues in some parts of the area with totals likely going into the 3"-6" range, with more in the Winter Storm Warning sections.  The heaviest snowfall continues to be in the Milwaukee, Dodge, Kenosha, Washington, and Ozaukee county areas. 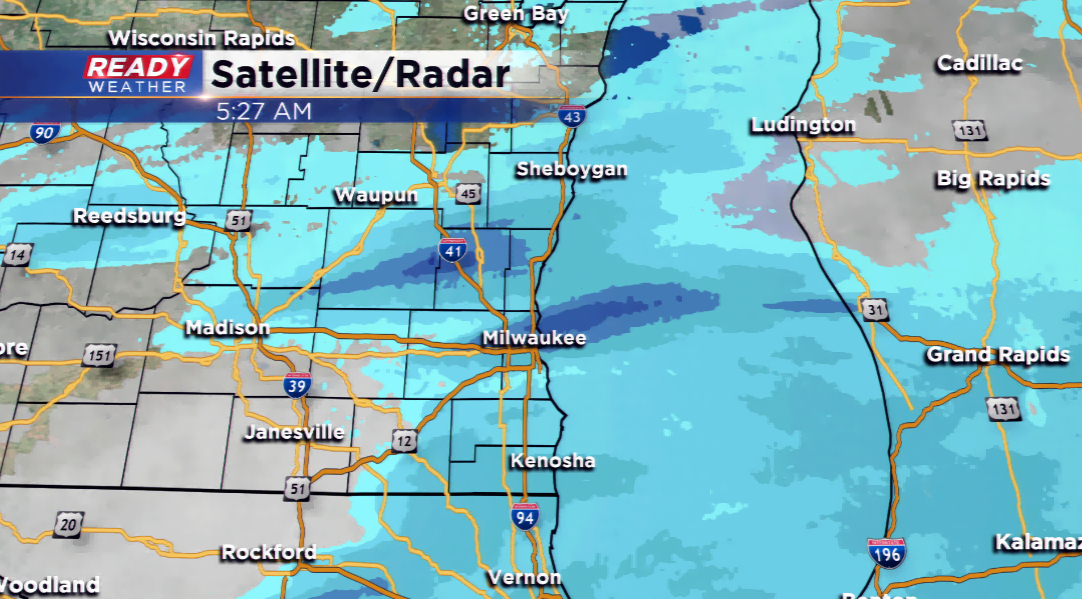 Snowfall, heavy at times, will continue this morning across southeastern Wisconsin. Expect whiteout conditions and ugly roads. If you do not have to drive, I would recommend staying home today until the snow ends and the plows can get out. 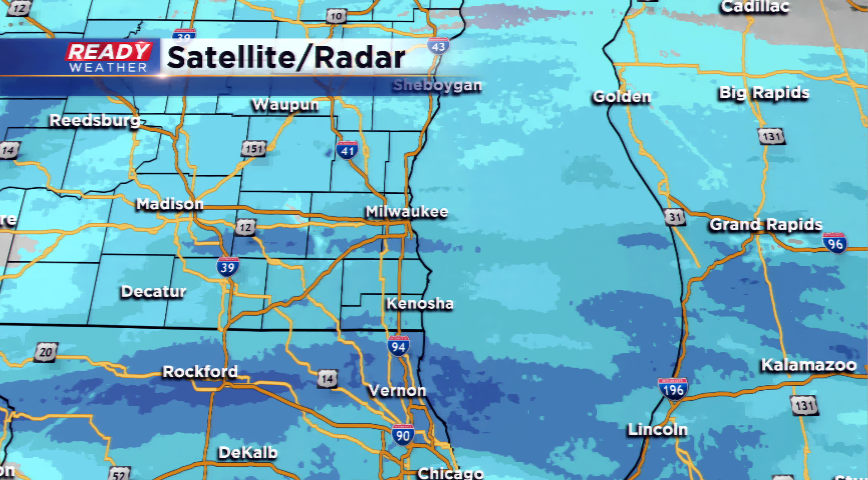 The timing looks to be around noon for the snow to end, with flurries still popping up possibly this afternoon. The totals will be highest along the border of Wisconsin and Illinois. Models have been indicating as much as 8”-10” there, while Milwaukee south will likely see anywhere from 5”-8” of snowfall. Milwaukee, Waukesha, Jefferson, Walworth, Kenosha, and Racine counties are all under a Winter Storm Warning until noon today. 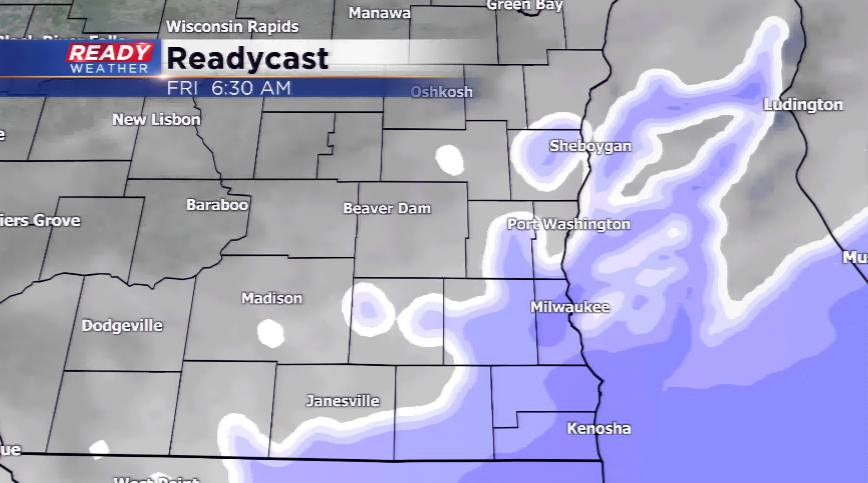 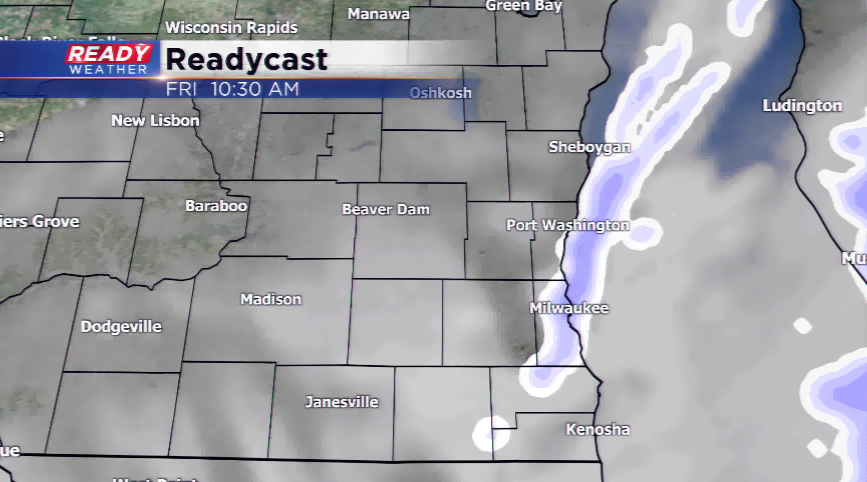 Stay ahead of this storm by downloading the free CBS58 Ready Weather App. 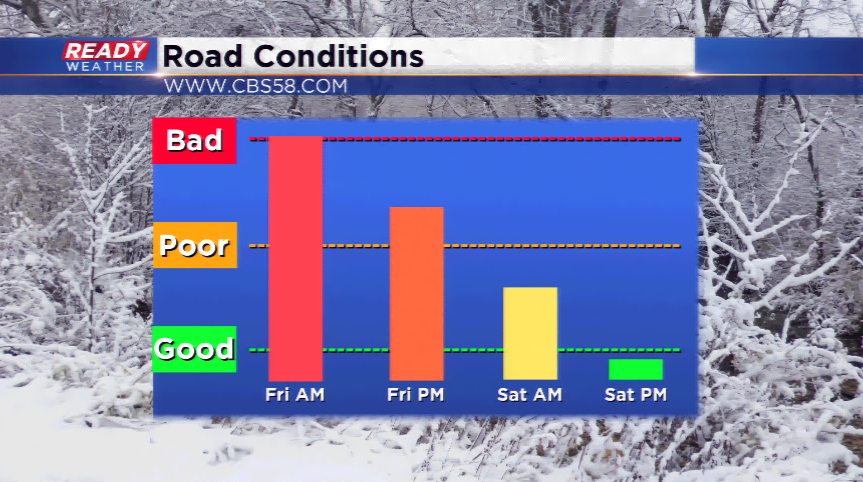 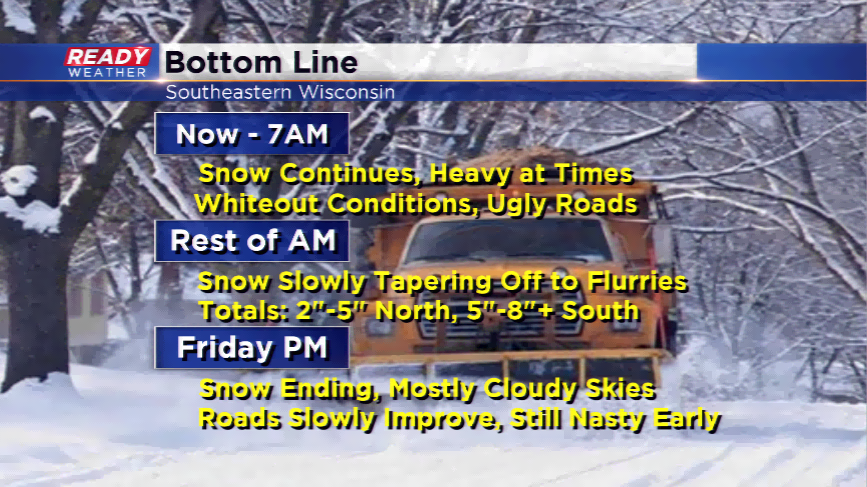