Snow totals for this season below average, but more than last year 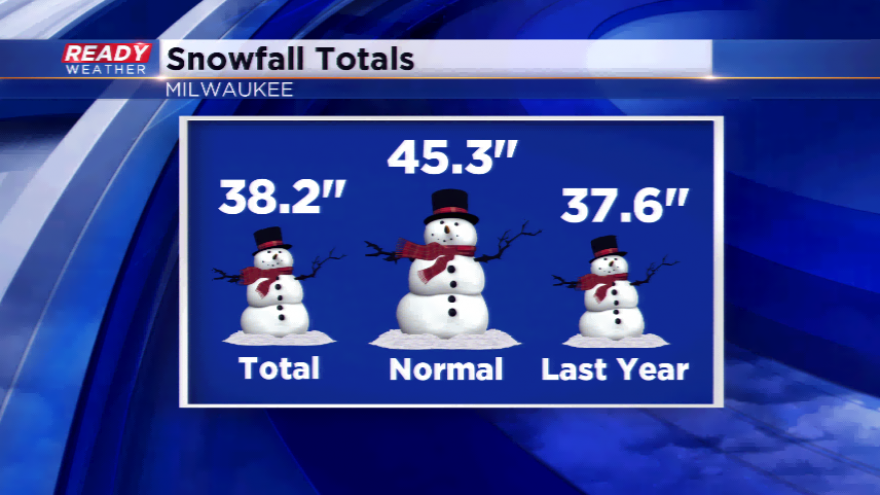 By April, snowfall totals on average should creep just above 45” (45.3”) for the season. After this week’s snowstorm, Milwaukee is closing in on 40” for the year, at 38.2”. At General Mitchell, 1.5” was only observed, and other locations in southeastern Wisconsin, especially north, saw a lot more. 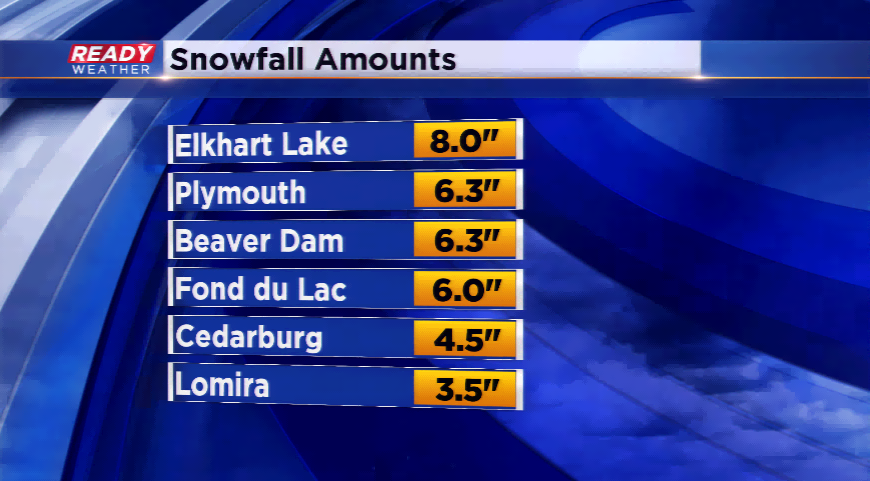 Although this might be below average by about 7”, we are still above what we saw last year at this time. March 13th of last year we had a snowstorm that dropped over 9” of snowfall in a two days period. The last measurable snowfall in 2017 was on March 17th. 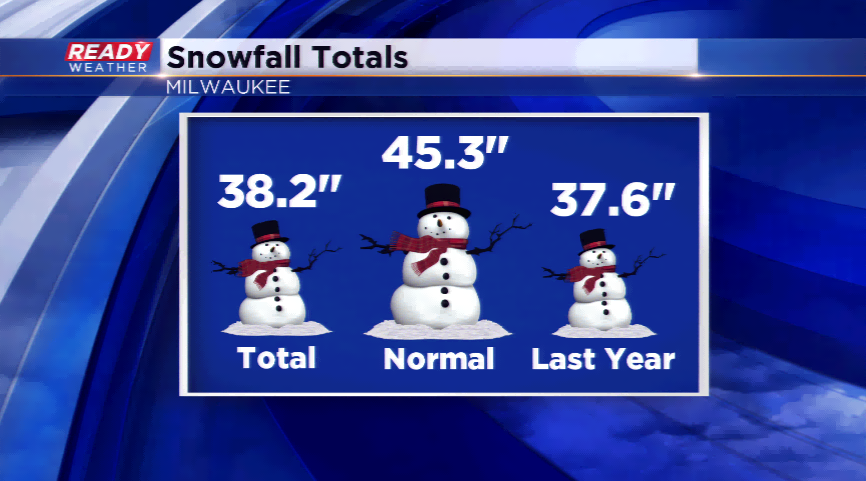 Nearly three weeks later, could this be our last measurable snowfall of the season? There are at least two more rounds of winter moving in the next few days. The first will be late today and tonight, which won’t amount to much and another late this weekend.