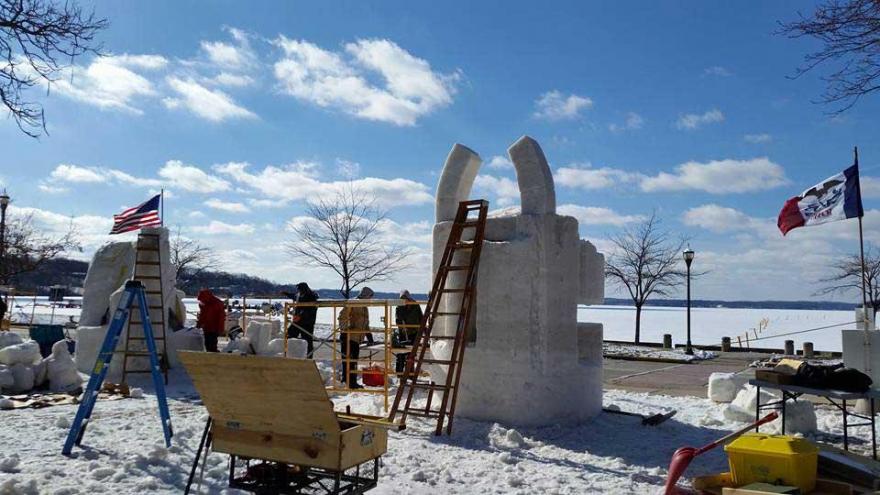 The event began Wednesday in Lake Geneva, with judging set for Saturday morning.

The team that won last year for "Door Master" has disbanded, but all its members are taking part again this year on other teams. One of them, David Andrews, has been on nine teams that have taken first place.

The teams receive a cylinder block of snow eight feet in diameter and nine feet high. They can use only saws, axes, files, scaffolding, shovels and other homemade implements.

They will be judged on creativity, technique and message. The winner gets a trophy and an invite to an international snow sculpting competition.