Snow Ending Around 1 AM

NOW: Snow Ending Around 1 AM 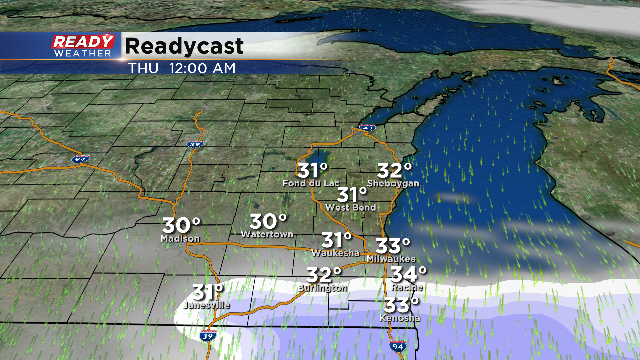 Overnight:  The upper level energy responsible for today's snow is moving out.  The snow is expected to head south by 1 am, and we are not expecting any snow for the morning commute.

Many areas picked up between 2" to 5" of wet snow today.  Side roads will remain a problem for tomorrow morning; however, with the snow ending soon, main roads will be treated and worked on overnight.  Hopefully main roads will be in good shape for Thursday morning.

Snow and a wintry mix is fully in progress across the area. Earlier today reports of thundersnow, sleet and graupel were also reported. 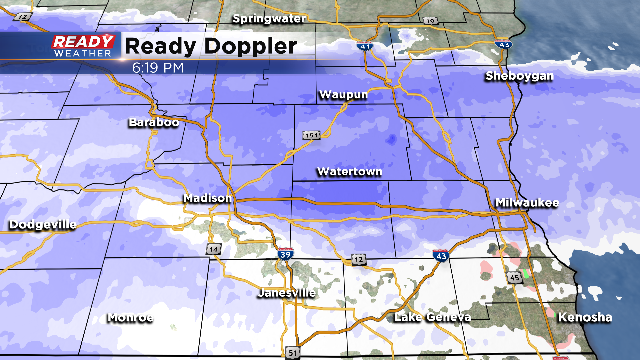 As temperatures cool a few degrees we should see the mix turn to mostly snow for the remainder of the evening.

And it's starting to add up! Here's a look at totals coming into our office as of 6pm: 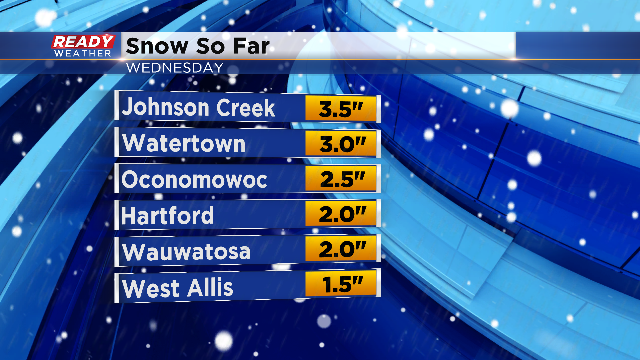 While April snow sounds silly, 2" is the norm for the month. As this point, Milwaukee is over 7" for the month and could break into the top five snowiest April's of all time. By the way, those records go all the way back to the later 1800s!

Snow will begin to wind down for Fond du Lac and Sheboygan county around 9pm, and for the rest of the area by midnight.

12:30 PM UPDATE:  No major changes to the forecast although the Winter Weather Advisory will end earlier than first expected.  It's 1 AM Thursday. So, it goes from 1 PM today until 1 AM tomorrow.  2-5" snowfall amounts can be expected.  Please watch the roads later today into tonight.  It could get tricky.  Heavier amounts are still anticipated to the west of us, perhaps more than 6".  After today, the weather pattern gets much quieter.  Look for dry conditions with highs in the 40s and 50s. 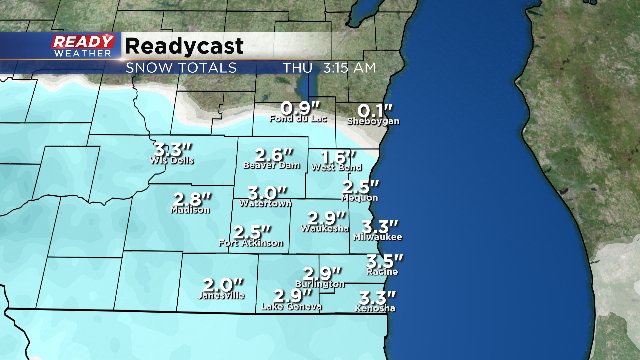 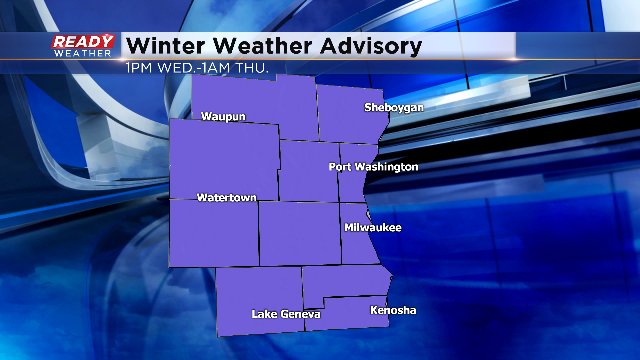 8 AM UPDATE: Snow continues to move east along a strong low pressure system.  The timing of this snow still looks to be in the early afternoon range, and then ramp up in intensity by the afternoon/evening commute.  The leading edge of snow could be heavy along with thundersnow.  The Winter Weather Advisory starts at 1 pm now and runs until Thursday 4 am.

Will this be the last hurrah for snowfall of the season? I hope this is the last snowfall graphic I have to build this spring. A strong, tightly wound low pressure system will bring a quick hitting round of snowfall to the viewing area starting late this morning and early this afternoon. This will NOT impact the morning commute, but will cause travel headaches for the evening drive home. 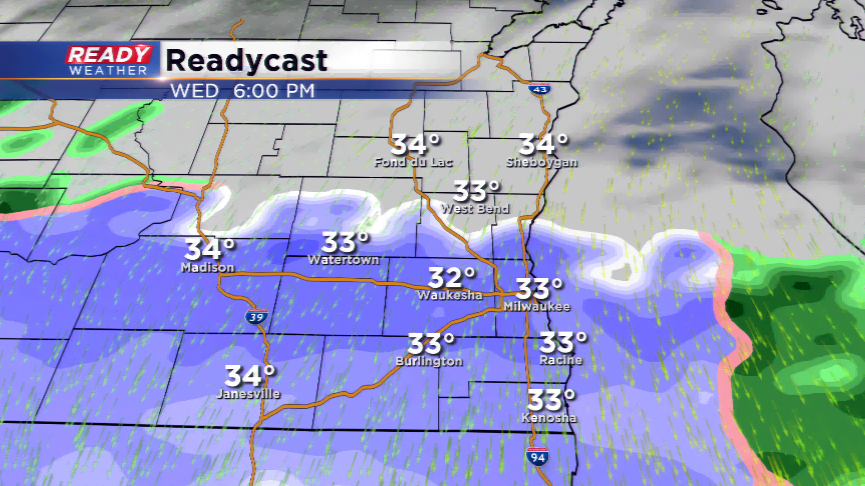 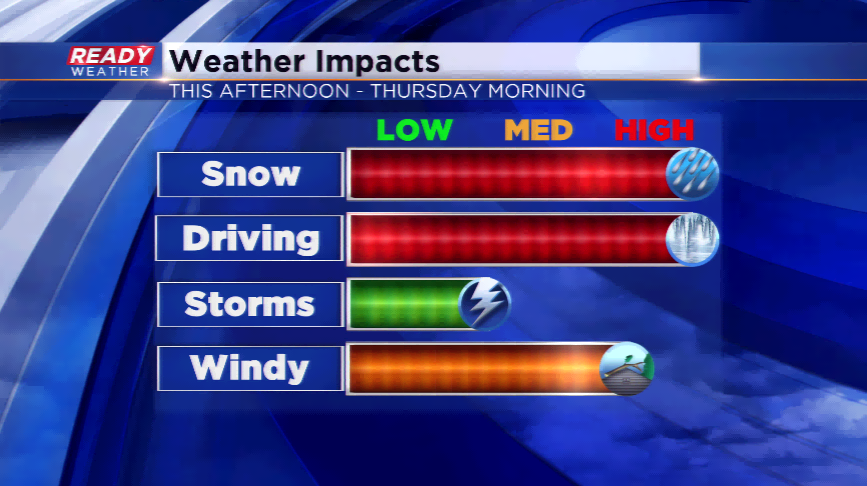 The snow will overspread the whole viewing area by this afternoon and will eventually taper off early tomorrow morning. The computer models continue to show a sling of 2”-4” for most of the region with a slug of 4”-6” in some spots. There’s a branch of lightning off the leading edge of the snow which could cause thundersnow. Near that line, the highest snowfall totals will be possible. Some snowfall rates could reach 1”/hour. 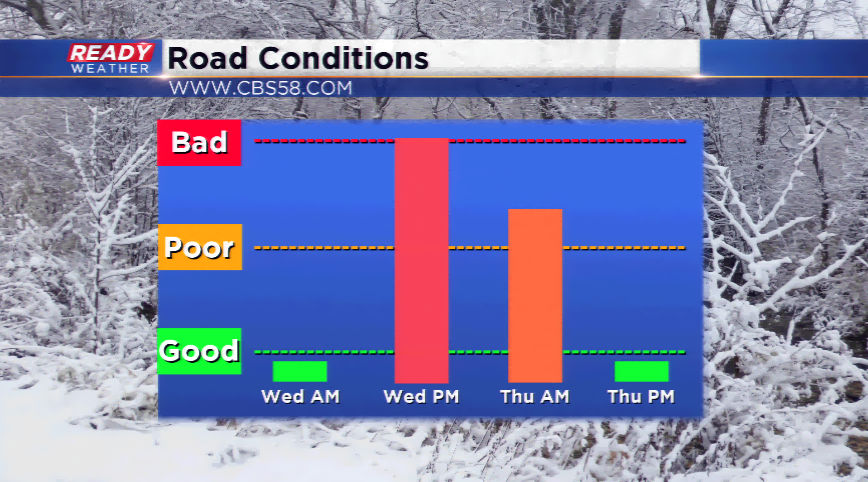 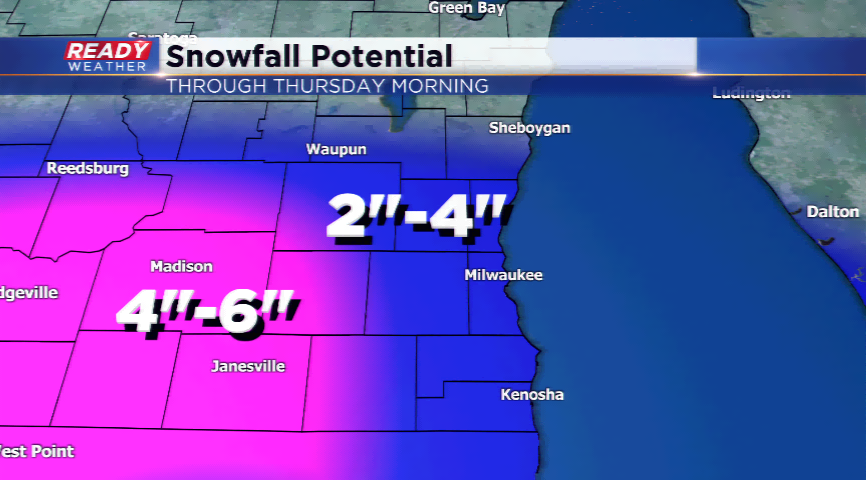 A Winter Weather Advisory starts at 10 am today until 4 am on Thursday for all of southeastern Wisconsin. Do you want some good news? 50s return by the end of the week, and 60s could pop back into the equation by early next week. 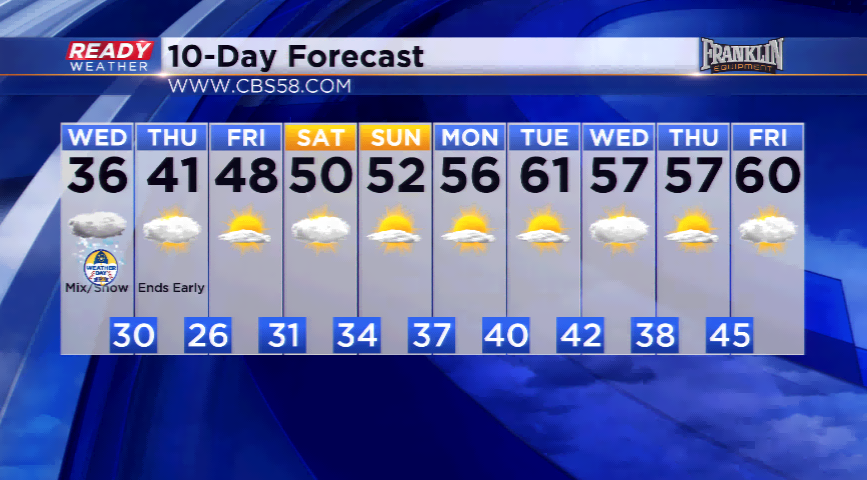