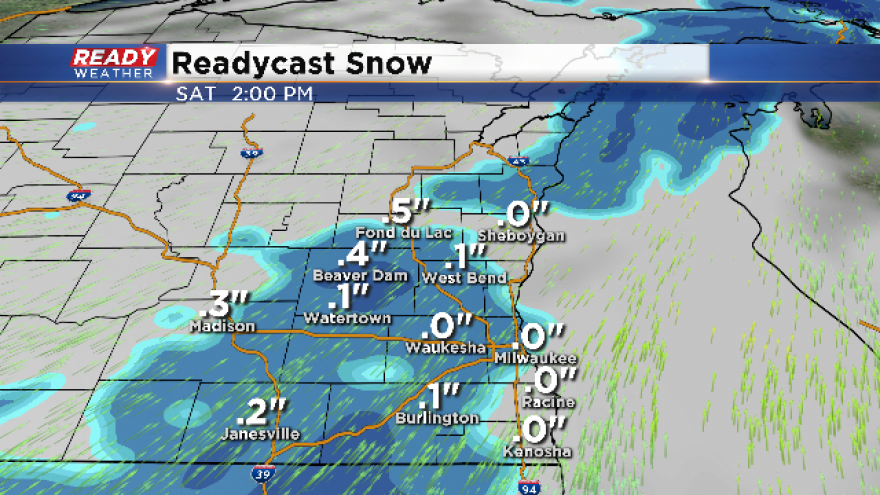 Light snow has arrived across most of southeast Wisconsin. Snow will continue falling off and on through 6 p.m. Up to a half inch of snow is still expected for most of the area.

Expect roads to be wet and slick in spots with temperatures holding around 32.

Light snow is still on track to arrive Saturday afternoon. This is a quick shot of snow so only expect it to snow in one particular area for about three hours. The snow starts to move in between noon and 3 p.m. and leaves the area between 3 and 6 p.m.

This will be a wetter snow with accumulation around or less than a half inch everywhere.

Here's a look at the current Wisconsin radar: 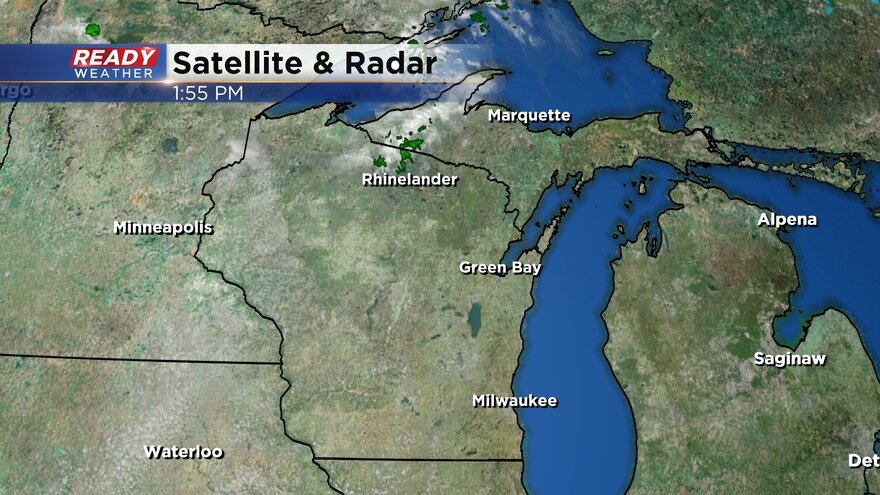 Thankfully surface temperatures will be in the middle 30s, so roads will generally be spared.  Most of the accumulation will occur between Noon and 6 pm, and we are talking less than an inch.  The snow will be out for your Saturday evening plans.

Temperatures on Sunday will warm close to 40, so most of the new snow will quickly melt.