Snake debate in the Village of Slinger 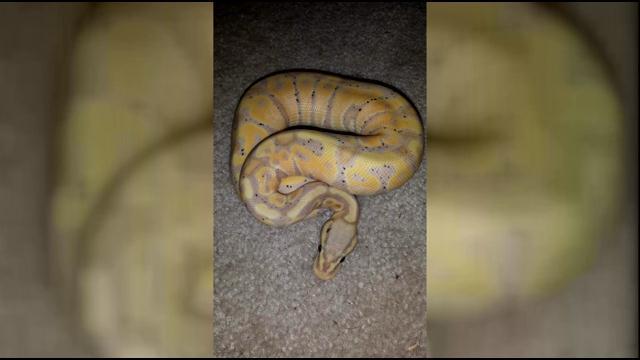 It was a packed house at Monday night's Village Hall meeting in Slinger.

Some neighbors are upset, they live near a man who has more than 100-snakes in his condo.

But the owner of the snakes, Chad Owsley doesn't see why everyone is so worried.

\"I've had these pets for over four years before they moved in”, said Chad Owsley. “Up until a couple of weeks ago, nobody knew I had them.\"

Chad Owsley is referring to his neighbors Sharlee and Wayne Ball.

The husband and wife fear some of the snakes will escape and get into their home.

\"It's the idea of having a snake in my house that I really don't want there”, said Wayne Ball.

The husband and wife say even if a snake never invades their home, the threat makes it impossible to sell.

\"I cannot put my condo up for sale without disclosing I am housed with over 100 snakes”, said Sharlee Ball. “Therefore, the lawyer told me he doubted that Shore West could list my property.”

The village of slinger has an ordinance about exotic animals...

But since none of the snakes are venomous or over six feet long, the Village Administrator says Owsley isn't breaking the rules.

The board will now look at changing their ordinance, on the number of exotic animals an owner can have in their home.