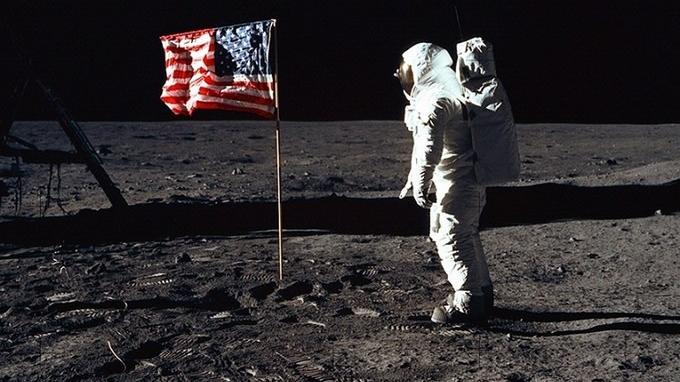 (CNN)- The 46 years since Neil Armstrong stepped on the moon have not lessened the sense of wonder of that that moment. But the decades have deteriorated Armstrong's iconic space suit, which for years has been locked away in climate-controlled storage.

Now, a Kickstarter campaign will ensure that this piece of history goes back on display at the National Air and Space Museum to inspire generations.

Donors have pledged more than $550,000 to preserve the suit Armstrong wore on the historic 1969 Apollo 11 mission, surpassing the $500,000 goal set by the Smithsonian Institution.

The Smithsonian now hopes to raise more than $700,000 and preserve the suit worn in 1961 by Alan Shepard, the first American in space.

This crowdfunding effort is part of a new partnership between Kickstarter and the Smithsonian to bankroll a series of projects.

More than 7,100 backers have contributed to the Reboot the Suit campaign to cover the cost of preserving Armstrong's suit and building a display case for it.

The space suit will headline a special Smithsonian exhibit on lunar exploration for the 50th anniversary of the moon landing in 2019.

\"We're really excited about it because we're able to involve a lot more people at a grass-roots level,\" she said.

Private funding and donations from individuals or corporations typically cover the costs of preserving and exhibiting artifacts. The Smithsonian receives federal funding only for its operating and maintenance budget.

Amy Ross, a suit engineer at NASA, said space suits are designed to withstand the requirements of being in space, not to last for decades. Polymers used in the suit's design are unstable and break down over time.

\"This isn't a design flaw or an issue of mishandling,\" she said. \"No consideration was given to preserving the suit as an artifact for 50 years after the flight.\"

The Smithsonian must address the gradual deterioration of all its space suits, which are among \"the most fragile artifacts in our collection,\" Mitchell said.

Donors to the campaign will receive rewards based on their level of contribution, including special mission patches, a replica of a space glove and an invitation to the exhibit's unveiling. Every donor will get exclusive updates on the preservation process.

\"We've never been able to lead people through our work in this way before,\" Mitchell said.

Part of that process involves digitizing the suit to create a 3-D model. Creating digital models of artifacts is an innovative process that is opening doors in sharing history, 3-D program officer Vince Rossi said.

\"If you aren't able to come to the Smithsonian when this suit goes on display, you can access it online,\" he said. \"It's another really amazing way to bring the Smithsonian into people's living's rooms.\"

A medical CT scanner will map the various layers of the suit, while visualization tools used in film making will overlay color onto the 3-D model.

The team has done similar work with other historic artifacts, including the 1903 Wright Flyer and the U.S.S. Philadelphia, a gunboat that fought in the Revolutionary War.

People around the world can take online tours of the artifacts or produce replicas with a 3-D printer, bringing pieces of history to living rooms and classrooms.

\"This technology brings down the 'do not touch' idea of museums,\" Rossi said.