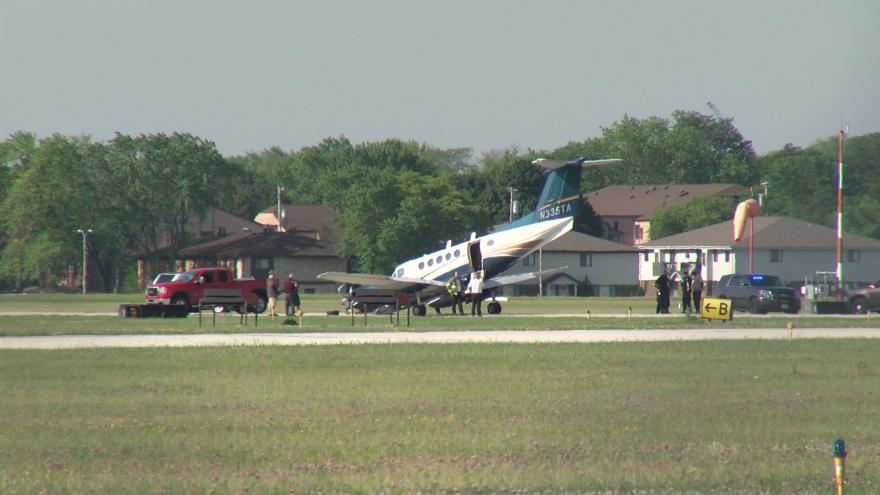 CBS 58 is told crews found the plane nose down on the runway.

It's believed mechanical issues played a role in the emergency landing.

Everyone managed to get out of the plane safely. There were no injuries.