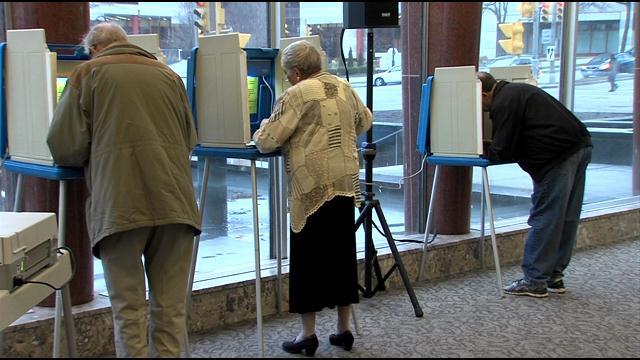 Voters in Wisconsin are going to the polls to decide both state and local races in the spring general election.

Those who exercise their right to vote Tuesday are not required to show a photo ID. However, it is the last election in the state before the new Voter ID law takes effect.

The ballot for the spring election consists of a number of issues that will impact the quality of life across the state.

A number of local school districts are asking for help to survive the governor's proposed budget cuts. Voters could decide to increase their property taxes to make school repairs, build new ones or just maintain the level of education.

Statewide, everyone will be asked to choose a new Supreme Court justice. Incumbent Ann Walsh Bradley is running for a new term against Rock County circuit judge James Daley.

Another referendum could change the constitution. The ballot question asks voters if the Chief Justice should be selected by a majority vote of their peers for a two-year term. Currently, the position is determined by seniority.

Voter turnout is expected to be about 20 percent across the state.

City of Milwaukee election commissioner Neil Albrecht says spring break contributes to the low, but typical participation. But, he says they've reached a record number of early voters for the spring election.

\"Between our absentee ballots by mail and our early voters, we probably had around 8,000 to 9,000 people vote prior to the election, which is pretty good,\" he said. \"That includes our permanent absentee voters, but also all the folks that were headed out of town.\"

For that reason, Albrecht expects polling sites to be slow. The polls close at 8:00 p.m. Tuesday.

Those who need to register to vote can do so on site, but they must bring proof of residency documentation.