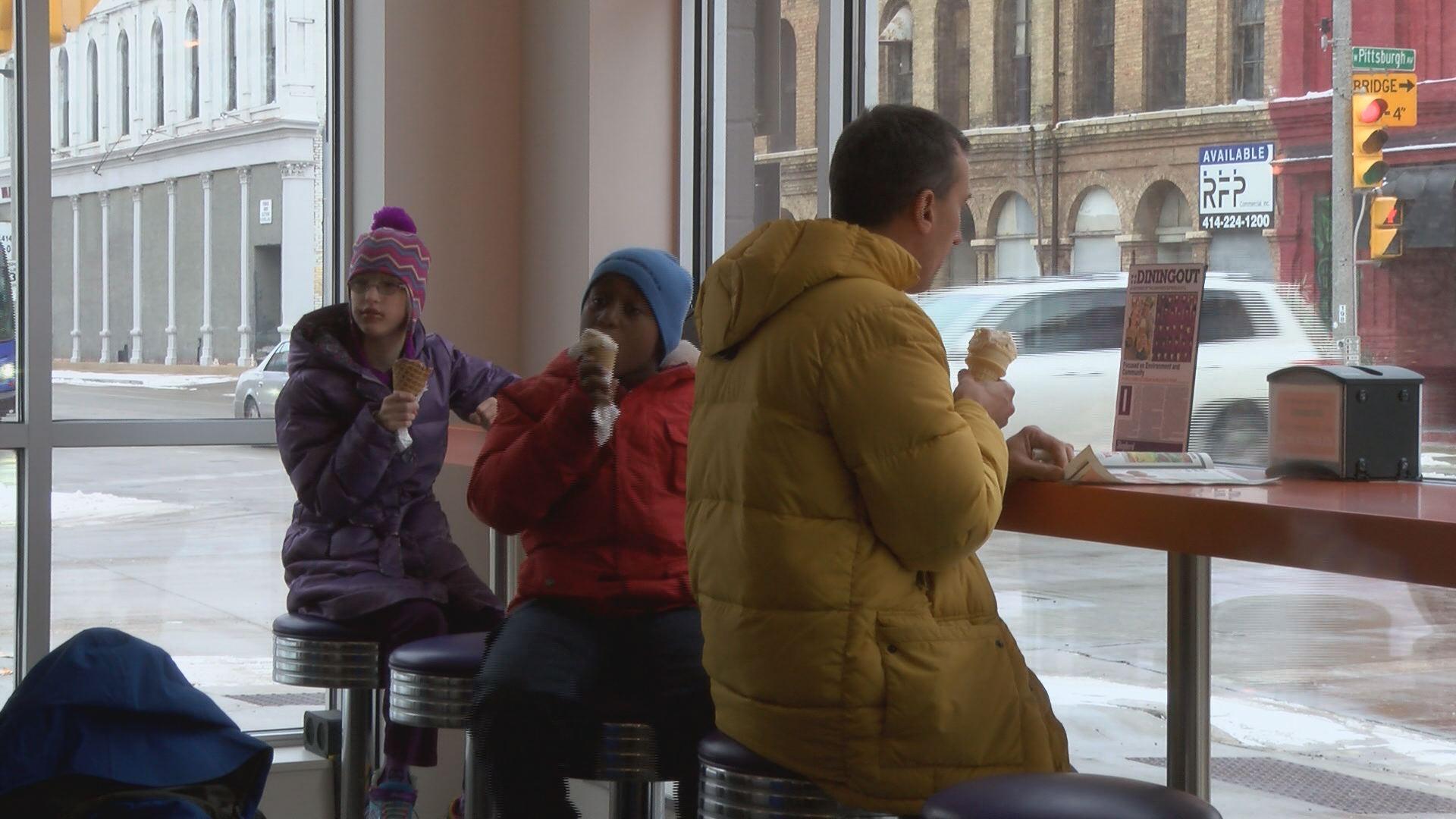 With Black Friday over, smaller owned businesses are reminding folks to shop local.

It's now taken on a life of its own. Many view it as a rallying cry of sorts to support mom and pop shops.

Shirah Apple with the Small Business Administration says 68 cents to every dollar made goes back to the community.

\"Compared to only 48 cents when you are talking about a larger business,\" Apple told CBS 58 News.

But just like with Black Friday, there are deals to be had on Small Business Saturday.

\"Especially for this weekend anything on apparel, if you spend a hundred dollars you get 50% off.\"

In Whitefish Bay, they hosted the annual Holiday Stroll Friday night to lure shoppers away from the malls.

The parade features bands, school groups and Santa who take a leisurely and brief stroll down the main shopping drag which is Silver Spring Drive.

Several shops had special window displays and stayed open late so families could pop inside to warm up and, hopefully, spend a little in the process.

In a related note, firearms sales have apparently become a major part of the Black Friday sales.

The FBI says it will do more than 144,000 background checks.

That's a new record of about three checks per second which is three times the daily average.

Buyers have to fill out a form with basic identification information.

Major retailers such as Walmart and Gander Mountain usually wont' go through with the sale without complete information.