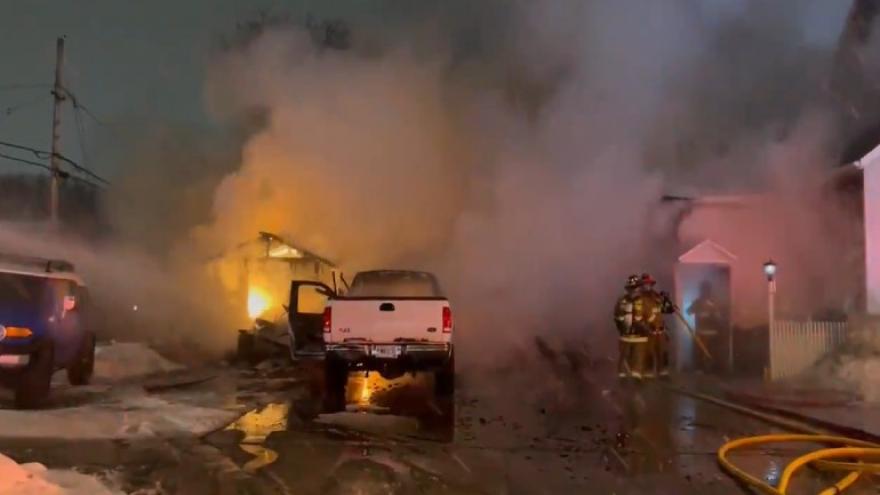 The Fond du Lac Fire Department responded to a report of a detached garage fire with explosion around 9:20 p.m. Sunday.

According to officials, a homeowner advised of a large propane tank inside, which may have been the source of the explosion.

The fire spread to a nearby single family structure. Another detached garage and house sustained heat damage.

Officials say the fire was under control within 45 minutes.

No injuries were reported, however the Red Cross reported to Fond du Lac fire officials say that five residents are displaced. Alliant Energy was called to the scene to secure utilities.

Officials say the home is uninhabitable.