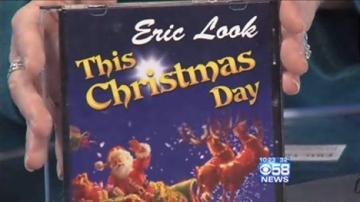 OAK CREEK-When he was diagnosed with classic autism as a child, doctors were doubtful that Eric Look would be able to perform, even though he loved music.

\"They told me he wouldn't be able to communicate, it would be too loud,\" Eric's mother Debbie recalls.  \" He's come a long way.\"

He certainly has. \"This Christmas Day\" is now being played on radio stations in Milwaukee, Chicago and Philadelphia.

Eric's mother and uncle helped him with the song. They perform on the video and marvel at his Eric's ability to let his music skills shine through.

\"We've had some instances where people don't understand what autism in,\" explained Uncle Joe Banas, \"and we need to express that more in society.\"

The CD is available online at CDBABY.COM.

Proceeds will help Eric support himself as he pursues a recording career.