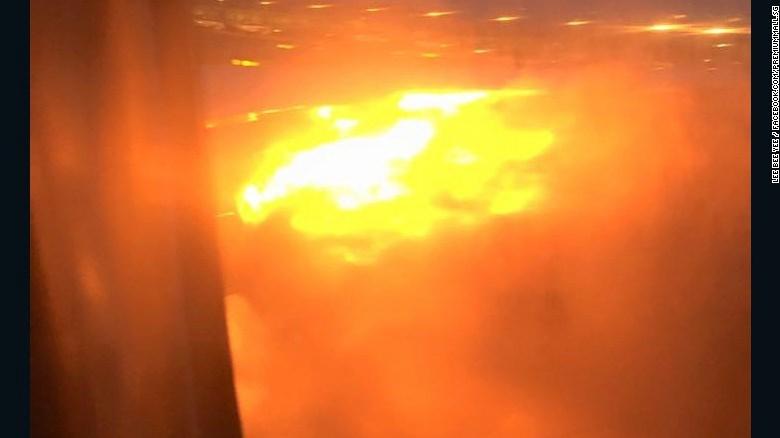 "We were so close to death!! I am still in the plane with all passengers. But I think we are safe for now..." passenger Lee Bee Yee posted on Facebook.

From her seat, Yee could see the fire from inside the plane, and the aftermath as firefighters doused it with foam.Flight SQ368, a Boeing 777-300ER, took off from Changi Airport around 2:25am on June 27 carrying 222 passengers and 19 crew, Singapore Airlines said.

The flight had been expected to arrive in Milan at 8:45 a.m. local time. Instead, just two hours into the flight, an engine oil warning message forced the pilot to turn back for an emergency landing.

On arrival in Singapore, the plane's right engine burst into flames.

According to statements by Singapore Airlines and Changi Airport, the fire was extinguished within minutes and all passengers and crew were safely evacuated from the plane.

The passengers would be transferred to another flight due to depart for Milan later on Monday.

Singapore Airlines said they will be cooperating with authorities in their investigations.