Sikh Temple Reciting Prayers for 48 Hours for Anniversary of Shooting 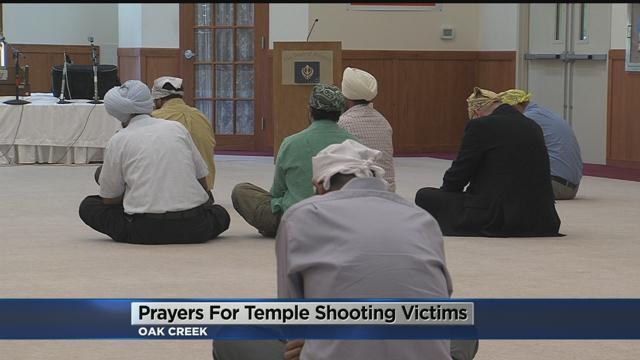 A peaceful and loving ceremony began today, on the 4th anniversary of the mass shooting at Oak Creek's Sikh Temple.

Members of the temple are reciting prayers for 48-consecutive hours, in memory of the six people who died at the hands of a lone gunman in 2012.

A member of the temple who lost his godfather in the shooting tells CBS 58 that it's their annual attempt to turn adversity into triumph.

Friday's prayer ceremony starts a weekend of activities, including a blood drive tomorrow and a memorial 6k run...one kilometer for each victim of the temple shooting.