Sikh Temple of Wisconsin Remembers on Fourth Anniversary of Shooting 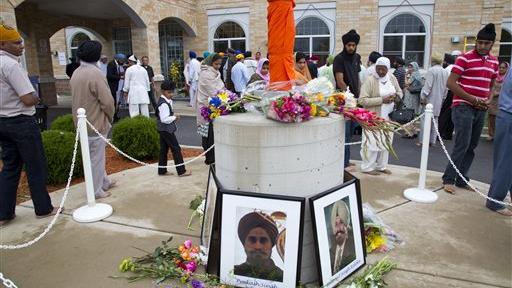 Over the weekend, members at the temple remembered the six people who died at the hands of Page.

There were community speakers, a 6k memorial walk/run, and on Sunday morning, the temple finished up a 48 hour service where they read the Sikh faith's holy book from cover to cover.

Rahul Dubey remembers his godfather Satwant Singh Kaleka. Kaleka was president of the temple, and one of six killed in the shooting in 2012.

"It has taken time, and in especially these things when you lose your loved one it definitely - it takes time, but still those memories remain etched in out mind and heart," said Dubey.

"Sometimes it's really hard for our family to come because it's almost like a re-traumatizing. Mom was inside the temple when it was happening," said Kaleka.

"I think my father would be proud of the way we reacted since that day. There's been up and down, just like any mass shooting... and I think we, as a culture, have handled that suffering in a very tranquil, peaceful way."

Amar Kaleka says this year's anniversary has a religious meaning.

"...it's the fourth year. It takes four cycles for the moon. It's very different than the trinitarian thought; the fourth is important," said Kaleka.

As the temple moves forward, the members hopes others will learn from the tragedy on August 5, 2012

"It was an act of ignorance, but it led to something positive," said Dubey.

The Sikh Temple of Wisconsin has profiles of the six victims who died from the shooting on their website: sikhtempleofwisconsin.com/memorial