"Kids don't deserve this:" Mom reacts after 11-year-old daughter is hit by bullet while in Milwaukee home

NOW: “Kids don’t deserve this:“ Mom reacts after 11-year-old daughter is hit by bullet while in Milwaukee home

MILWAUKEE (CBS 58) -- Milwaukee Police say they have arrested two people of interest in the shooting of an 11-year-old Milwaukee girl while she was inside her home.

MILWAUKEE (CBS 58) -- An 11-year-old Milwaukee girl is recovering after being hit by a bullet Tuesday night while in her home.

It happened near 44th and Locust around 11:30 p.m. Six bullet holes can be seen in the side of the home. One of the bullets went through a window, hitting 11-year-old Shamariona McCloud. 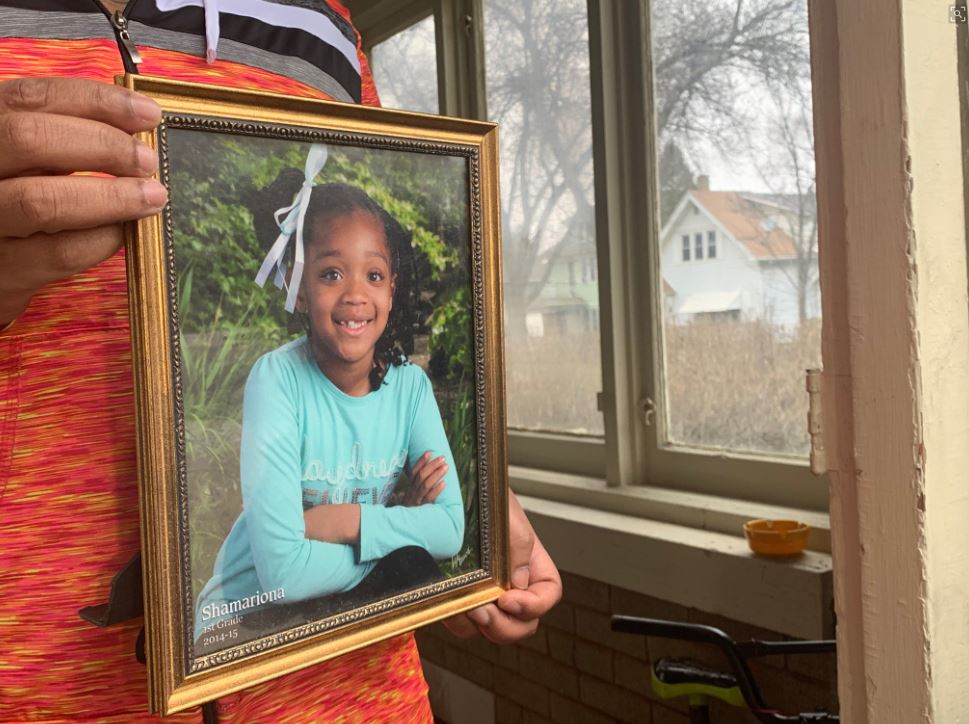 "She's been crying," McCloud's mother Cierra said. "She won't take off her cat ears because she says cats have nine lives. She said mama, why can't I stay alive."

Shamariona is now in a hospital with a bullet lodged her in back. Her mom said she is expected to recover.

Cierra said Shamariona was spending her Easter break at her grandmother's house when the bullet went through the window, hit her in the shoulder and got lodged in her back. Cierra said she hates that her innocent child had to endure such an ordeal.

"My baby is not a bad person," she said. "She gets all A's in school... it's just a shame that innocent kids can't even sit in their own house and just play."

Now, she has a message to the public.

"Can they please just stop, please?" she said. That's all I'm asking cause kids don't deserve it."

Cierra said she doesn't know when her daughter will be released from the hospital. Right now, doctors are treating a broken arm.

Police are still searching for the suspect or suspects in the shooting.

Milwaukee Police responded to the call around 11:25 p.m. on Tuesday.

According to police, the preliminary investigation revealed that a suspect intentionally fired multiple shots into the home. The victim was hit by a bullet that went through a window.

Here are the 6 bullet holes from the bullets that were shot at a home near 44th and Locust at 11:30 last night. One went through a window, striking an 11-year-old girl. She is in stable condition. Milwaukee Police are looking for a suspect or suspects in the shooting @CBS58pic.twitter.com/p2zcG5e2IP

This is 11-year-old Shamariona McCloud, who was shot by a bullet last night at 11:30 near 44th and Locust. Police are looking for a suspect or suspects who fired several shots at a home, one hitting the little girl @CBS58pic.twitter.com/GpwUYRctF0

The Milwaukee Fire Department treated the victim on scene and she was later transported to a local hospital.