Shops of Grand Avenue Sells for $24.6M to Local Investors 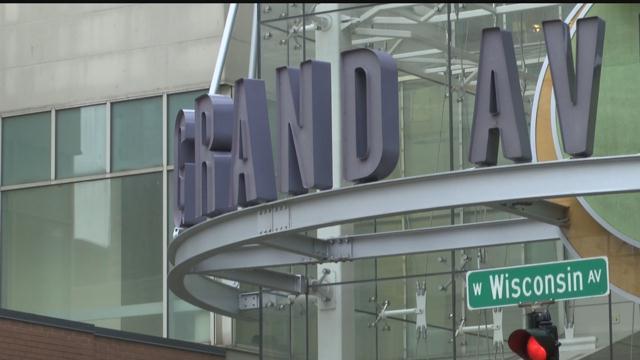 The brand new owners of The Shops of Grand Avenue have some big plans for the space downtown.

Interstate Parking Company finalized their purchase last week spending $24.6 million dollars on the mall. The investors, who include people from the Milwaukee area, see the shops of grand avenue as a place for real potential.

In the near future, the new Milwaukee Bucks arena will be on one side of it the Westown area -  and the expanding Marquette University campus will be on the other, Interstate Parking Company Principal Tony Janowiec said.

"I think our seller of the mall recently was quoted saying that it's very, very difficult to maintain and manage it from afar and they're absolutely right. This is a project that needed to be managed locally," Janowiec said.

Affiliates of Interstate Parking Company - the Aggero Group and Hemple Companies - acquired the sprawling structures from Alliance Capital Invest as the mall is struggle to fill its retail space.

The new investors will release their business plan during the first quarter of 2016.

"I personally have been pursuing the grand avenue for five years now," Janowiec said.

"Our plan is to keep the retail that's there and bring in compatible uses to the retail to fill the under-utilized space and some of the vacant space that we do have. And ultimately those uses are going to be a range of things that will be very compatible to retail," Janowiec said.