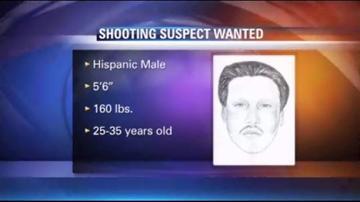 MILWAUKEE-- Family members of a 22-year old shooting victim spoke exclusively with CBS 58 hoping someone out there will help police find the man who tried to kill her.

\"It made me sick to my stomach, I passed out,\" said a family member.

The family spoke under the condition of anonymity and would not give CBS 58 her name because they fear for their safety.  Milwaukee Police say the woman was shot at least 20 times outside a business near West Forest Home and South 47th.  The shooter fired at the woman through her car window.

\"It was such a brutal attack and so many gunshots, there's so many unanswered questions right now,\" said a family member.

Her family says she took at least one bullet in the jaw, that ended up coming out of her neck.  Her jaw bone was shattered and replaced with metal plates.

Her arm took nine bullets.  She lost an elbow, and may never be able to gain full use of her arm.

Each of her legs have at least four bullets in them.  Family members say one of her femurs were replaced with a metal rod.

Doctors say she still has several surgeries ahead in the recovery process.  The process could take two years, and she may never make a full recovery.

\"She did not deserve this,\" said Det. Octavio Delgado, with Milwaukee Police Department.